If you need something and it is on sale on Friday go buy it.

It is the height of privlege to mock the poor who have one opportunity to save significant amounts on things they need and things they want.

Like many I am conflicted when I see the crowds queued up for hours culminating in the inevitable stampede. But I realize that I am being manipulated. Black Friday is a manipulation and so is the media coverage of Black Friday. It demonizes the poor as being greedy while lining the pockets of those who manipulate people for outlandish profit. The media builds up to that moment when the doors open and we are led to believe this is the norm for the opening of every Walmart and Target in America. Missing from the shocking video’s are the stores with orderly openings, with courteous people, and without the frenzied rush. 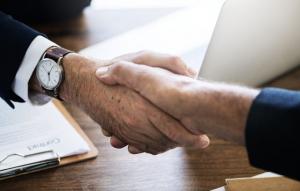 We are told by a culture that greed is good when it is manifested on Wall Street or in corporate boardrooms. And then we are told there is a “bad” greed and the picture we are shown of bad greed is a crowd of poor people given one opportunity to save money on things both frivolous (to some of us) and necessary. The “greed” of the poor is bad. The greed of the wealthy is admirable.

A mom with limited funds who has one opportunity to get a special gift for her child is greedy according to our popular culture because she waits in line with a few hundred other people. A worker looking to find new sheets for his family is mocked as greedy for his willingness to stand in a line in the cold. And elderly couple who have lived with a broken appliance have one opportunity to replace it. But they too are portrayed as being driven by greed. 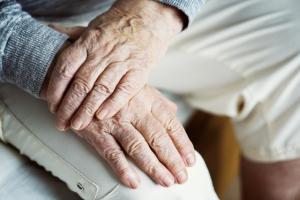 Popular culture (a wholly-owned subsidiary of big media) feeds us the myths about the people we see in these lines. They, we are told, are superficial and acquisitive. They lack something in their character that “we” have. And so, across the political spectrum, we sigh a collective “tisk-tisk” and join in the mockery and condemnation. In doing so we allow the media, a profit-making enterprise dominated by the wealthy, to paint the picture of greed with the faces of our friends, our neighbors, the poor, and the marginalized. Liberals and progressives, who would otherwise recoil at the thought, join conservatives and corporate media in demonizing the very people they would otherwise passionately defend.

A wall street manipulator, who has far more that any human needs, is the face of thrift, intelligence, and success. Our neighbors, crushed by stagnant wages, unreasonable demands on their resources, and a human desire for something better are now the avatars of insatiable greed.

If you need something and it is on sale on Friday go buy it. Shame on those who sit in positions of comfort and privilege and demand that poor pass on deeply discounted necessities, or even luxuries, because they do not approve of the day, the venue, or the huge media-driven and demonized crowds.

November 20, 2018
Me, God, And Trump's Hypocritical Supporters Are OK With Him Avoiding War Zones
Next Post 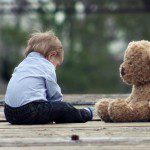