Well Said: A glorious rant denouncing the Christian cause to deny women the right to reproductive freedom delivered by Ana Kasparian of the Young Turks goes viral on TikTok and other social media outlets.

A clip from a Nov 5, 2018 episode of the Young Turks has gone viral. The clip features host Ana Kasparian going off on the obnoxious and deplorable attempt by many conservative Christians to justify their opposition to a woman’s right to an abortion by referencing the Bible.

At one point in the clip a passionate Kasparian declares:

I don’t care about your goddamn religion.

this is my new favorite video pic.twitter.com/2pedpJfg4j

“I don’t care about your Goddamned religion”

I don’t care if you’re Christian. In fact, I will fight for you to have your religious liberty and practice your Christianity. I believe in that.

I don’t believe in Christianity, which means that you do not get to dictate the way I live my life based on your religion. I don’t care what the Bible says. You have every right in the world; all those women who identify with your religion have every right in the world to not get an abortion, to not take birth control. But they do not have the right to dictate my life and what I decide to do with my body. I don’t care about your goddamn religion.

Kasparian’s obvious frustration with the conservative Christian attempt to use the their ignorant religious superstion to deny women access to abortion is well placed. And it is great to see so many individuals affirming the fact that religious superstition has no place dictating health care policy for women.

Bottom line: A glorious rant denouncing the Christian cause to deny women the right to reproductive freedom from Ana Kasparian of the Young Turks goes viral on TikTok and other social media outlets. 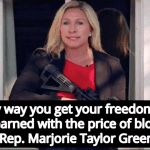 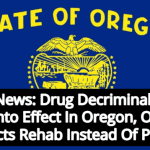