A Catholic Should Consider Bernie Sanders

Patheos Explore the world's faith through different perspectives on religion and spirituality! Patheos has the views of the prevalent religions and spiritualities of the world.
Join Keith Michael Estrada on Facebook …
I’m still away from the keyboard and can’t draw this out in length at this time.

However, I’ll soon be explaining why we should all consider Bernie Sanders as a valid candidate for President of the United States this 2016 election.

Sanders isn’t the perfect candidate – he is  disappointingly wrong on some very important areas, and these cannot be ignored.

Look at the field of candidates and think about some of the positions each candidate has – consistently and in different times during their career according to the damands of politics.

Rhetoric isn’t enough, look at a candidate’s votes throughout their career. Look at their policies, their effects on the poor and on the planet, and how they fit with the political agendas of major donors and endorsers.

Let’s get into this topic soon. Maybe this evening or early next week.

For now, check out the USCCB’s “Forming Consciences for Faithful Citizenship” (it’s easy to find on google).

The document is a guide and certainly requires updating regularly.

We’ll consider arguments against voting for -or even considering- Sanders within the framework of Forming Consciences.

Don’t spend too much time looking at other voting guides for Catholics as they’re far less nuanced and subjectively elevate “non-negotiables” without acceptable justification.

The only non-negotiable is life, and compartmentalizing ‘life’ into various issues, often in a way that ignores some aspects that happens to allow a superficial, yet convenient, perception that voting GOP is pro-life, is to objectify life and leads many to engage in utilitarian thinking when making defenses of the pro-life cause; of course, this is done in a way that lacks the fullest understanding of LIFE.

Very good, friends, with this we part.

We’ll get back on this very soon.

*After we posted, our friend Dave Armstrong re-posted a piece from 2008 titled “Ten Reasons Why Pro-Lifers Vote 4 Pro-Aborts“, where, it seems to me, he fails to draw from what little the US Bishops have produced on voting, intrinsic evils, cooperation with evil, and the prudential judgment involved in this form of participating in political life, resulting in what I think is an inaccurate conclusion. 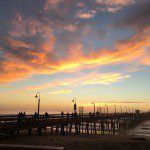 January 30, 2016
Traveling without WiFi=Minimal Posting; Be Back Soon
Next Post 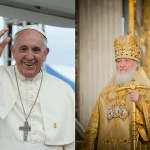