Like the man who slays a son in his father’s presence is he who offers sacrifice from the possessions of the poor.
–Sirach 34:20

Some days ago**, Mark Perry decided to provide a short collection of quotes for the sake of providing “some historical perspective” on “what four previous popes had to say about socialism.” 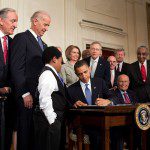