Traveling back to the Vatican from a week in Poland for World Youth Day, Pope Francis told journalists that it is not right to equate Islam with violence.

“I do not like to speak of Islamic violence because everyday when I look through the papers, I see violence here in Italy,” the Pope told reporters.

Spending about 30 minutes with reporters and responding to six questions, Pope Francis was asked to elaborate on comments he had made flying to Poland on July 27 when he told the journalists that religions are not at war and want peace.

The Pope’s initial comment came in speaking about the murder July 26 of an elderly priest during Mass in a Catholic church in Saint-Etienne-du-Rouvray, France. Two men, armed with knives, entered the church during Mass. The attackers murdered 84-year-old Father Jacques Hamel, slitting his throat. ISIS later claimed responsibility for the murder.

Although the death of the French priest was committed in the name of Islam, the Pope said that it is unfair to label an entire religion violent because of the actions of a few fundamentalists.

“One thing is true. I believe that in almost all religions, there is always a small fundamentalist group. We have them, too,” the Pope said. “When fundamentalism goes to the point of killing — you can even kill with the tongue. This is what St James says, but (you can kill) also with a knife. ”

He added: “I do not think it is right to identify Islam with violence. This is not right and it is not true.”

Instead, the Pope said, that those who choose to enter fundamentalists groups, such as the ISIS, do so because “they have been left empty” of ideals, work and values. 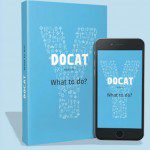 August 1, 2016
Learn CST and Bring Life to Your Faith with the DOCAT (Available Now!) - A Review
Next Post 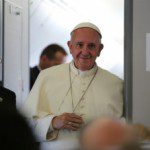