Subversive Love: Our Lady of Guadalupe

December 12th marks the anniversary of Maria of Guadalupe’s image miraculously appearing on the tilma of the indian Juan Diego in the year 1531. Her image has remained on Juan Diego’s tilma ever since.

A decade earlier, Hernan Cortes and his conquistadores – along with their disease – would bring about the fall of the Aztec Empire in 1521 – paving the way for continued conquest and domination throughout the region.

The “I-Conquer” of Columbus in 1492, where we can also place the birth of both capitalism as a system and modernity, would eventually be followed by Descartes’ “I-Think”, consistently presenting the bourgeois identity of the european mind, filled with desires for wealth and power and kept busy by concerns for ideas and metaphysics. ¹

By 1521, the encomienda system was already being practiced – as a reward for service to the crown, the system would grant conquistadors the right to demand labor and tribute from the conquered indigenous. Moreover, the conquered people were now the subject of Spanish corporeal and spiritual “care” through this system. This, of course, was a heavily abused system, completely devastating the indigenous way of life – beyond bringing an end to the system of human sacrifice (to some degree) – and fortifying the expansion of Latin Christendom.²

Thus, when the dark Virgin – or, morenita – entered the scene, “America” had seen the blood of many indigenous spilled, sacrificed to new, imposed gods of greed and conquest. Culture, instead of being received with openness and respect, was being destroyed. A distinct Spanish Christendom, not necessarily Christianity, was forced onto various societies. These societies were broken up and again sacrificed to further lusts for wealth and power through the encomienda. The strength of the empire’s weapons and their inability to respect life and the sacred gave birth to the mestizo – the mixed race born of rape, the Spanish and indigenous.

Again, the culture of a civilization destroyed  ‘for the sake’ of the Gospel, a people enslaved (or killed) for Spanish consumption, and women – violated, used as mere objects of pleasure – now giving birth to a new race, one that would continue to live in oppression: this is the scene in which the dark Virgin appeared.

Guadalupe – perhaps coming from Coātlaxopeuh, “the one who crushes the serpent” – would call out to Juan Diego in an area of Tepeyac where the temple of Tonāntzin – the god known as mother, or mother earth – had recently been destroyed.

Of course, when Guadalupe would call Juan Diego her son, and identify herself as his mother, Tonāntzin came to mind. Of all the places Our Lady could have appeared, she chose a place belonging to the mother of her people, and rightly took her place as mother. Miriam enculturates, and her image on the tilma of Juan Diego allows for enculturation to be preserved, no matter how much strength is exerted to destroy the culture of a people.

The people knew Guadalupe belonged to them. She chose them. She had/has a preferential love for them – the poor, the oppressed, the enslaved, the alienated. She came to Latin-Hispanic Christendom as one of them, as a mestiza – not a Spaniard – decorated with numerous symbols belonging to her conquered children.

With her dark face, she affirmed the dignity and worth of the Indian – over and against the abuses of the europeans. She shared their flesh, elevating them and embracing them.

A woman, a virgin – with child -, and a mestiza: she is the one who would come before europeans and indigenous, identifying herself as empress, as divinized, but also pointing to her Son – the true source of life.

The words of Maria would help the Spaniards realize who she was – but the images on her cloak and dress, as well as her posture, would help the indigenous realize who she was. She was from the home of the gods, but greater than all those to whom sacrifices were offered. She was a virgin – her hair – but with child – the flower and ribbon. Clearly, she was royal – the color of her cloak – yet, she was not the greatest. With her face not facing you directly – as only gods would do so – and her posture demonstrating that her feet were placed in a movement of dance – the way of prayer for the indigenous -, she communicated that there was one above her. Guadalupe – Maria – offered herself to the people in the symbols of the people, preserving them for almost half a millennium.³

She expresses her motherhood to Juan Diego: “I will hear their weeping, their complaints and heal all their sorrows, hardships and sufferings.”

She affirms her power and authority: “Am I not here, I, who am your Mother? Are you not under my shadow and protection? Am I not the source of your joy? Are you not in the hollow of my mantle, in the crossing of my arms? Do you need anything more? Let nothing else worry you, disturb you.”

It is not difficult to imagine why the greatest evangelist was able to bring about the greatest conversion in history, leading to nine million baptisms in seven years.

Truly, this woman embodied the subversion of her Son. 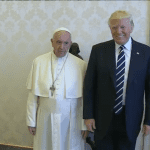 December 2, 2017
Pope Francis on the Trickle Down Fetishes in the GOP Tax Plans
Next Post 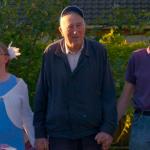 March 22, 2018 "Summer in the Forest": L'Arche Demands Love in Every Encounter
Recent Comments
0 | Leave a Comment
Browse Our Archives
get the latest from
Catholic
Sign up for our newsletter
POPULAR AT PATHEOS Catholic
1 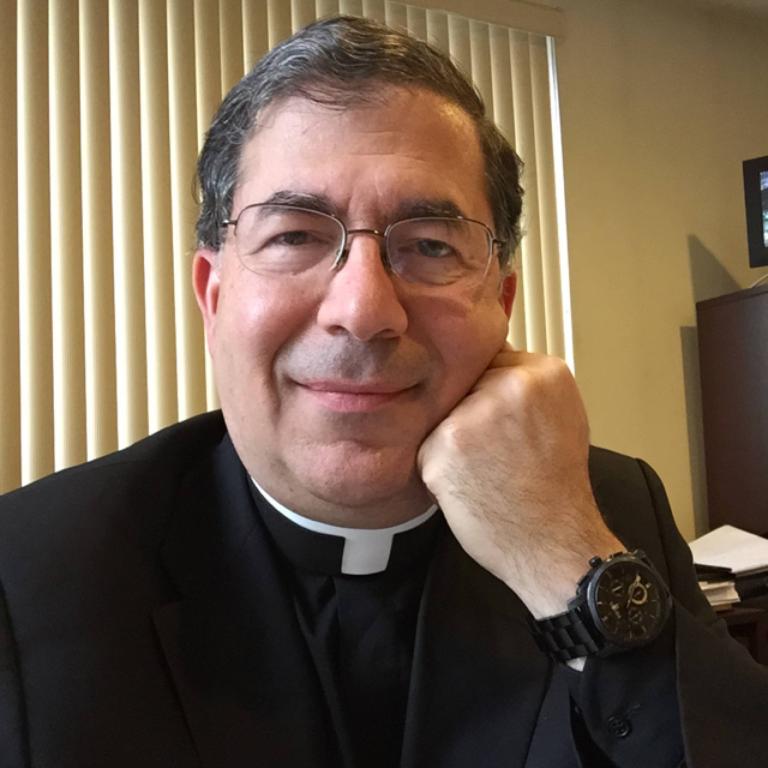