We repeat: If You Want Atheism, Destroy Creation, Embrace Capitalism.

This post was originally published on 4 January, 2016. I am reposting it, without modifications, after the feast of Saint John Paul II as I was reminded of it upon re-reading one of his most famous addresses. In it, the Saint writes,

“Finally, the aesthetic value of creation cannot be overlooked. Our very contact with nature has a deep restorative power; contemplation of its magnificence imparts peace and serenity. The Bible speaks again and again of the goodness and beauty of creation, which is called to glorify God (cf. Gen l:4ff; Ps 8:2; 104:1ff; Wis 13:3-5; Sir 39:16, 33; 43:1, 9).”

This was a theme discussed when we heard of the outrage expressed by conservatives when the Vatican threw the eco-lightshow projection onto St. Pete’s. Where the most basic, most accessible vestiges of God are destroyed, as collateral damage in the capitalist system of exploitation and death, it is interesting to consider the difficulties “anti-abortionists” have in understanding our society’s materialist value system and, as a result, the challenge (and, at times, the hypocrisy) behind pushing for various GOP contestants disguised as being “pro-life”. Let us regret the fact that our two main presidential contestants, both capitalists, of course, embrace economic models and policies hostile towards nurturing an awareness of the Divine and, in turn, of the dignity of life.

Let’s reflect on these vestiges with some additional Saints:

St. Basil (329-379) “I want creation to penetrate you with so much admiration that wherever you go, the least plant may bring you clear remembrance of the Creator. A single plant, a blade of grass, or one speck of dust is sufficient to occupy all your intelligence in beholding the art with which it has been made.”

St. John Chrysostom (347-470) “From the creation, learn to admire the Lord! Indeed the magnitude and beauty of creation display a God who is the artificer of the universe. He has made the mode of creation to be our best teacher.”

St. Augustine (354-430) “Some people, to discover God, read books. But there is a great book: the very appearance of created things. Look above you! Look below you! Nore it. Read it. God, whom you want to discover, never wrote that book with ink. Instead, He set before your eyes the things that He had made. Can you ask for a louder voice than that?”

St. Maximus the Confessor (580-662) “Creation is a bible whose letters and syllables are the particular aspects of all creatures and whose words are the more universal aspects of creation.”

St. Bernard of Clairvaux (1090-1153) “Believe one who knows: Yon will find something greater in woods than in the books. Trees and stones will teach you that which you can never learn from masters.”

St. Bonaventure (1217- 1274) “He who is not illuminated by such great splendor of created things, is blind; he who is not awaken by such great clamor is deaf; he who does not praise God because of all these effects is dumb; he who does not note
the first principle from such great signs is foolish. Open your eyes, therefore, prick your spiritual ears, open your lips and apply your heart, that you may see, hear, praise, love and worship, glorify and honor your God.”

St. Theresa of Avila (1515-1582) “It helped me to look at fields, or water, or flowers. In these things, I found a remembrance of the Creator. I mean that they awakened and recollected me and served as a book.”

St. John of the Cross (1542-1591) “God passes through the thicket of the world, and wherever His glance falls He turns all things to beauty.”

St. John Paul II (1920-2005) “The aesthetic value of creation cannot be overlooked. Our very contact with nature has a deep restorative power; contemplation of its magnificence imparts peace and serenity. The Bible speaks again and again of the goodness and beauty of creation, which is called to glorify God.”

Saint Bonaventure begins his Journey of the Mind to God with a basic itinerary, “Since happiness is nothing other than enjoyment of the highest good and since the highest good is above, no one can be made happy unless he rise above himself, not by an ascent of the body, but of the heart.”

This cannot be done, however, “unless a higher power lift us up.” That is, we can be carried up to the Divine solely with the help of the Divine.

This is a mystical journey that takes us through the whole of the visible and invisible order. “In relation to our position in creation, the universe itself is a ladder by which we can ascend into God.” [Tweet this]

Though we should note that our journey to God, who is invisible, spiritual, eternal, and above us, absolutely requires that we “pass through his vestiges, which are material, temporal and outside us. This means,” Bonaventure writes, “to be led in the path of God.”

You do not have to believe that climate change is real, or that humans play a major role in its occurrence, to admit that we abuse, exploit, and constantly destroy God’s creation.

We have used capitalism – and the methods of capitalism (USSR, China, etc.) – in our journey to false-happiness by the power of false-liberty. By having produced so much material wealth, we have managed to destroy local ecosystems, push families away from their lands, and turn life – human and organic – into a commodity to be used, exchanged, and discarded.

If one’s journey to God requires that we protect and defend the lives of each other, as well as respect and revere the vestiges of God, we propose an opposite, that is, an anti-journey to God, as we begin to support and reinforce an atheism, a materialism, when we commodify God’s creation.

It is no wonder, then, that the Blessed martyr, Archbishop Oscar Romero would write, “There is an ‘atheism’ that is closer at hand and more dangerous to our church. It is the atheism of capitalism, in which material possessions are set up as idols and take God’s place.”

Similarly, the Venerable Fulton J. Sheen would explain, “As Christ was crucified on Good Friday by false liberty, so is man crucified today. Liberalism and capitalism which were indifferent to morality and truth did not give us liberty but only the right to be individually selfish.”

“Liberalism and capitalism …
did not give us liberty but only
the right to be individually selfish.”
+ Fulton Sheen [Tweet this]

Our fetishes not only take God’s place, they take the place – and the life – of those vestiges which would otherwise assist us in our journey to God.

Using Ven. Sheen’s language, the destructive tendencies of capitalism, as Pope Francis discusses in Laudato si’, do lead to a crucifixion of God’s creatures. How can we expect to establish a culture of life where we embrace and fetishize an economic system and its processes at the expense of creation? If the visible, external world is nothing but a commodity in the journey for riches, why wouldn’t the unseen, vulnerable life in the womb be considered as without intrinsic value, or viewed as a threat to personal wellbeing or progress?³

Moreover, how can one expect to find religious fervor when we have broken our “ladder” in the journey to God, by demolishing creation for new, shiny gods of wealth and status? It shouldn’t come as a surprise to find such a passionless atheism in the West where the only journey our socioeconomic structures prefer and reinforce is the journey for the self.

Towards the beginning of Saint Bonaventure’s Journey, we read “omnia sint pulcra“, “all things are beautiful”. Things are beautiful in proportion to the Beautiful One. Imagine how unsuccessful one would be in demonstrating God as Beauty, if beauty is torn apart and sold for mere financial gain in front of our eyes.

Quoting from the book of Wisdom, Bonaventure adds, “For from the greatness and beauty of created things comes a corresponding perception of their Creator.”² Even the magi saw in creation a guide to the Messiah (cf. Matt 2).

The mystical journey requires that we look for signs of God in and through the external, sensible world, as God created it. So long as we continue to destroy it, we’re only stunting the actualization of the Kingdom of God.

This is why it makes sense to resort to casting images on St. Peter’s Basilica, to remind us of God in creation.

While many Christians mistakenly believe capitalism can be embraced with their creed, we’ll see an unintentional false-catechesis leading some communities to think that alienation and the exploitation of labor and the earth is acceptable. while leading others to believe that this alienation and exploitation is compatible with Christianity, leading to rejection of the Faith – both outcomes running contrary to the mission of the Church.

Where some will find themselves hostile to religion and any notion of the transcendent, of the Divine, I heartily suggest defending and promoting the anti-God socioeconomic system you may readily find in the West. If you want atheism, destroy creation, embrace capitalism.

¹ Lead me, Lord, in your path,
and I will enter in your truth.
Let my heart rejoice
that it may fear your name.
Psalm 85:11

³ I heartily recommend reading one of my favorite papers on this topic: Dr. Matthew Tan’s “Abortion in/as Consumer Structure” (2014).

The photo above was taken just before sunrise on the Solemnity of Mary, the Mother of God (New Year’s Day) of 2016. 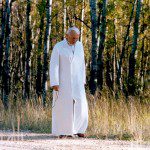 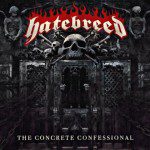