Can You Serve on the School Board if you Already Go Out to Wednesday Night Prayer Meeting?

Can You Serve on the School Board if you Already Go Out to Wednesday Night Prayer Meeting? May 5, 2015 D. G. Hart

In his book, Bad Religion, Ross Douthat covers the resistance that “orthodox” Christians (Roman Catholics and evangelicals) provided to the secularization of American society. The convergence of “Evangelicals and Catholics Together,” according to Douthat, forged a “political and cultural agenda, which would seek ‘the legal protection of the unborn’ and defend the connection between ‘marriage, parenthood, and family’ while resisting euthanasia, eugenics, pornography, and other perceived threats to the American moral fabric.”

But the alliance would not amount to much. For Roman Catholics, the scandal over priestly sex abuse swamped “the charisma of John Paul II and the optimism of his admirers.” For evangelicals, the presidency of George W. Bush, the first apparently serious evangelical president, showed “the limits of winning elections as a means to achieving religious and cultural change.” Douthat goes on to quote the sociologist, James Davison Hunter, on the disconnect between evangelical spiritual vigor and cultural influence:

The vitality of its cultural capital today is a vitality that resides almost exclusively among average people in the pew rather than those in leadership, on the periphery not the center of cultural production, in tastes that run to the popular rather than the exceptional, the middle brow rather than the high brow, and almost always toward the practical as opposed to the theoretical or the imaginative. . . . the main reason why Christian believers today (from its various communities) have not had influence in the culture to which they have aspired is not that they don’t believe enough, or try hard enough, or care enough, or think Christianly enough, or have the right worldview, but rather because they have been absent from the arenas in which the greatest influence in the culture is exerted. The culture-producing institutions of historical Christianity are largely marginalized in the economy of culture formation in North America. Its cultural capital is greatest where leverage in the larger culture is weakest.

What Douthat and Hunter don’t seem to consider is how hard it is to have your cake and eat it too. If you want spiritual vigor, you need to go to church, hang out with the faithful, study the Bible, and pray (for starters — if you have kids your plate just got a lot bigger). If you want cultural influence, you serve on museum boards, attend the local school board meetings, hear the NPR journalist speaking at the local bookstore, give to one of the political parties, and perhaps join Rotary. In other words, if you are present in the byways of culture to have a presence and influence there, you may not be available for the pot-luck supper at the local Baptist church that precedes the report from the missionary to Uruguay.

Can you have both spiritual vigor and cultural clout? Maybe if you convert the emperor and his conversion is genuine. But lots of folks have had lots of doubts about Constantine. Maybe the Christian path is the one of the early believers who in the words of the Epistle to the Hebrews, were not looking “here” for a “lasting city” but were seeking “the city that is to come.”

(Image By Kimberly Vardeman [CC BY 2.0 (http://creativecommons.org/licenses/by/2.0)], via Wikimedia Commons) 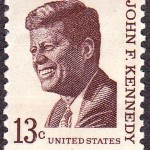 May 1, 2015
The Upside of Keeping Religion Private
Next Post 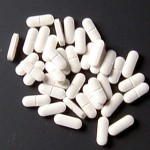 May 8, 2015 Is Roger Olson a Tea Party Conservative?
Recent Comments
0 | Leave a Comment
Browse Our Archives
get the latest updates from
Putting the Protest in Protestant
and the Patheos
Evangelical
Channel
POPULAR AT PATHEOS Evangelical
1

What I Learned from Designing Women...
Anxious Bench
Related posts from Putting the Protest in Protestant