So here was a thought that popped into my head today while listening to sports talk radio and hearing about a promotion for a local jeweler who “makes love happen.” I’m sure this fellow would not be opposed to gay marriage, but what happens in the realm of gold and diamonds for gay persons planning on marriage? Do they propose and become engaged? Do they use an engagement ring, and who wears it? The conventions of sex might make it easier for members of a lesbian couple both to wear an engagement ring — much to a jeweler’s delight. But what about men? Do gay men aspire to wear bling on their fingers?

Here are some of the answers I found. First a Mr. Manners for homosexual relationships and the rules look pretty fluid:

Q. I’m ready to propose to my boyfriend (and I’m pretty darn sure he’s ready to say yes), but I can’t figure out if I should do it with an engagement ring. What do LGBT people do about rings now?

A, What with all the creativity and invention going on in the LGBT community around different ways of symbolizing commitment, it would be impossible to say there is a right way to get engaged. Some gay couples exchange engagement rings and then, during the ceremony, wedding bands. Others wear none at all.

Sometimes only one partner wears the rings in the family. An easy and economical solution—if you both like the idea of wearing just one ring each—is to purchase rings for your engagement and then use those same rings again during your wedding ceremony.

But even if the rules governing same-sex marriage are not yet defined, patterns established by traditional marriage have carried over into the gay world:

when it came to getting engaged and buying a ring, we had to confront the practical realities of “getting married” by society’s standards. I didn’t know what the hell to do; I just wanted to marry her. But the act of proposing, so rooted in traditional heterosexual roles, felt daunting. I wanted to get her a ring, but the meaning was rife with patriarchal notions of female-ownership.

Part of the difficulty of relying on tradition is that even if you make something your own, the outside world may still interpret it otherwise. When it comes to an engagement ring, for example, I could feel that — in its design, metal and jewel choice — it’s a sign of eternal commitment, while others may read it as possession of my significant other.

Because it felt awkward and inauthentic for our relationship to make a decision about rings without her, I proposed with a placement ring (the inadequacy of which I kept apologizing for throughout my rambling proposal). Then we set out to find engagement rings for both of us. She called up friend and gay jeweler Rony Tennenbaum, who has been making rings for the LGBT community for nearly two decades. He has witnessed the evolution of marriage equality in its entirety, from long-standing couples who finally have the opportunity to marry after 40 years together, to younger couples who want to approach the engagement process differently.

Having Tennenbaum coach us through the process of understanding how our beliefs could be embodied in our rings, was invaluable. We decided on matching rose gold bands with a solitaire diamond that would function as both an engagement and wedding ring — two things neither of us envisioned.

. . . Part of the meaning of marriage for us, particularly the element that involves our role as a married couple in society, comes from tradition. But as a lesbian couple, deliberation over the process has required examination of each one of those traditions, from the rings to the vows to the ceremony. It is a complicated teasing out of individual desires, politics and symbolism, all helping to evaluate what both the wedding and marriage should represent to us.

A “perfect” marriage reflects the couple: Our process has been telling. The beauty of marriage equality is not only that it’s brought equal treatment and respect to Americans who deserve it. It has also enabled all couples, gay and straight, to evaluate what the traditions and expectations around marriage really mean to them. Some elements might feel too patriarchal, or too institutional, or simply inapplicable in our modern everyday lives. Some traditions might perfectly capture the essence of a modern couple’s bond. Either way, the decision becomes theirs.

The odd aspect of these two examples is the way that the gay world seems to be imitating the one practiced by Christians. That seems to prove that it is hard to participate in an institution that for centuries has been shaped by religion and politics. How do you imagine marriage having grown up with certain expectations? Can you all of a sudden simply make it “mine.” Homosexuality used to be something that was purposefully opposed to bourgeois and Christian norms. Now it is selectively imitating middle-class, family values. I have my doubts about how good the fit will be.

In the meantime, Christians worried about gay marriage may want to reflect on the way that same-sex marriage may be domesticating homosexuality. Instead of a transgressive identity, it is becoming increasingly conventional. That will make life complicated for churches, but might it be good for society if even those who previously opposed family values are embracing them? 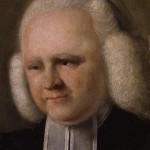 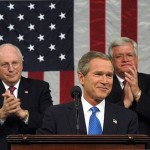 June 19, 2015 Celebrity Congregants
Recent Comments
0 | Leave a Comment
"Please do! It will be interesting to see how God answers. But i can assure ..."
Roger McKinney I Just Wish Evangelicals Were Consistent
"Is it wrong to hope that Evangelicals will attend services without mask and without social ..."
E Brown I Just Wish Evangelicals Were Consistent
"Great points. There is so much "weirdness" in our culture, today. Seemingly, because there is ..."
Jon Xavier How Weird is Episcopacy?
"We're all stocked up on crazy. Move along."
Statistics Palin Where Integralists (Vermeule) and Americans (Linker) ..."
Browse Our Archives
Follow Us! 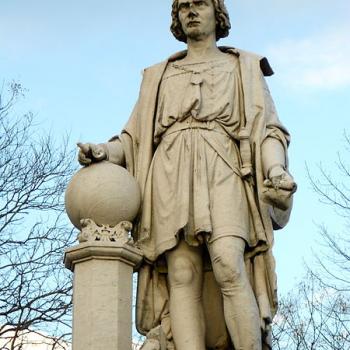 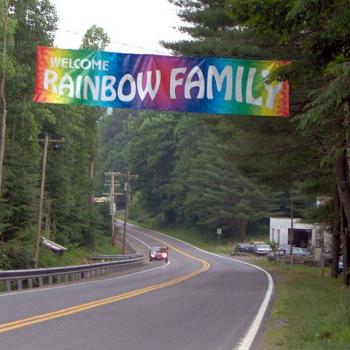 Evangelical
Why Dressing for Halloween as a Bible-Carrying, Cis-Gender...
Putting the Protest in Protestant
TRENDING AT PATHEOS Evangelical