What’s Wrong With This Picture?

While folks are still sorting out the Supreme Court’s decision on same-sex marriage, a little history may be useful for putting into perspective the awkwardness that comes with mixing religion and politics. Kevin Kruse’s new book on the “invention of Christian America,” a fairly recent construction as it turns out, contains some not-so-pretty episodes in the way that Republican presidents used evangelical faith. The following recounts those heady days when worship services took place — even — in the White House itself!

When Richard Nixon entered the White House, he brought his good friend Billy Graham with him. A constant presence and trusted adviser, the minister became, in the words of biographer Marshall Frady, “something like an extra officer of Nixon’s Cabinet, the administration’s own Pastor-without-Portfolio.” Others were more critical. Will Campbell, a liberal southern preacher, denounced Graham as “a false court prophet who tells Nixon and the Pentagon what they want to hear” while journalist I.F. Stone dismissed him as a “smoother Rasputin.” Whatever the critics said, Graham’s influence in the Nixon White House was profound. With his blessing, the Nixon White House gave new life to old public rituals and, more importantly, created religious ceremonies of its own.

Of all the religious rites and rituals launched in the Nixon administration, the most remarkable was the new practice of church services held inside the White House. “I’ve never heard of anything like it happening here before,” White House curator James Ketcham told Time. The semi-regular services took place in the East Room, a showcase space noted for its sparkling chandeliers and gold silk tapestries. Instead of pews, oak dining room chairs with seats of yellow brocade were arranged in rows of twenty. A piano and an electric organ, donated to the White House by a friendly merchant, were positioned at the north end of the room, with space to the side for a rotating cast of choirs to perform. Between them stood a mahogany podium where the president and the “pastor-of-the-day” would make remarks.

Naturally, Billy Graham presided over the initial White House church service, held the first Sunday after the inauguration. As worshippers entered the East Room, they picked up liturgical programs, adorned with the official presidential seal, and found their way inside, while a Marine master sergeant played soothing hymns on the organ. Soon, every one of the 224 seats in the room was taken, with two thirds of the Cabinet and several senior staffers on hand; still more stood at the rear. As large portraits of George and Martha Washington looked on, Nixon strode to the podium, welcomed the assembled to “this first worship at the White House” and invited up his “long-time personal friend.” Graham graciously returned the compliment, using the president’s inaugural address as the basis for his remarks. He urged the country to heed Nixon’s warnings about the “crisis of the spirit” that was sweeping across college campuses and asked God to guide the administration as it dealt with that problem and others. When the service concluded, White House waiters ushered guests into the State Dining Room for coffee, juice and sweet rolls. As they went, they passed through a receiving line made up of Nixon, Agnew, Graham and their wives. Shortly after, Graham and the Nixons posed for photographers on the north portico. A delighted Chief of Staff Bob Haldeman raved about the day in his diary: “Very, very impressive.”

Go here for the entire excerpt.

Should evangelicals like Graham been more skeptical about the designs of democratically elected officials? If they had, would they have been less impressed with piety on the Potomac? And if so, would they be less prone to despair over the recent court decision.

The Psalmist said, put no hope in princes. He may have been on to something. 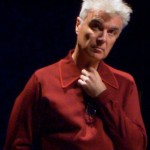 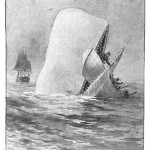 July 9, 2015 What's Said in Michigan should Stay in Michigan (except when I say it)
Recent Comments
0 | Leave a Comment
Browse Our Archives
get the latest from
Putting the Protest in Protestant
Sign up for our newsletter
POPULAR AT PATHEOS Evangelical
1