Evangelicalism Lets You Be You

I-told-you-so alert: about a decade ago I wrote a book about evangelical Protestantism that claimed evangelicalism was wax nose on the face of Christianity which allowed born-again believers to fashion their own identity whenever they darn well pleased. Instead of recognizing it as a conservative expression of historic Christianity, evangelicalism was and is simply the construction of leaders, some with good intentions, to create a movement, carve out a ministry, or in some cases sell a product.

In other words, evangelicalism has no real core except for earnestness and the feeling of conviction. When it comes to theology, liturgy, or church membership, evangelical Protestants are so varied as to make the label, “evangelical,” pointless.

That observation looks all the more accurate after recent reactions from the Wheaton College community to the presence of Islam in the United States.

It started with a column in the Wheaton College newspaper that the Washington Post’s op-ed editors ran and in which the authors chose to identify more with Muslims than another evangelical Christian (in this case, Jerry Falwell):

Liberty University’s Chancellor Jerry Falwell Jr. made public statements on Dec. 4 urging students to protect the campus against possible terrorist threats. In his remarks, he called for students to arm themselves so that they could “end those Muslims before they walked in and killed them,” exhorting the students to “teach them a lesson if they ever show up here.”

While these sorts of remarks epitomize the ever-growing fear and hostility directed toward Muslims, we as evangelical Christians hold that Christ calls us not to react with religious oppression or violence — instead, we have the responsibility to live out fearless love in order to pursue unity.

We therefore reject the ideology espoused by Chancellor Falwell in his recent remarks to the Liberty student body, and we invite you to stand in solidarity with our Muslim brothers and sisters who share our human dignity.

I understand the appeal of not identifying with a fundamentalist Protestant, but after shooting incidents by Islamists, not to mention ISIS in the news, do you really want to identify with Islam (which does not leave hating Muslims as the only other option)?

Next comes word of a Wheaton College professor wearing a hijab during the weeks of Advent to show solidarity with Muslims:

I don’t love my Muslim neighbor because s/he is American.

I love my Muslim neighbor because s/he deserves love by virtue of her/his human dignity.

I stand in human solidarity with my Muslim neighbor because we are formed of the same primordial clay, descendants of the same cradle of humankind–a cave in Sterkfontein, South Africa that I had the privilege to descend into to plumb the depths of our common humanity in 2014.
I stand in religious solidarity with Muslims because they, like me, a Christian, are people of the book. And as Pope Francis stated last week, we worship the same God.

But as I tell my students, theoretical solidarity is not solidarity at all. Thus, beginning tonight, my solidarity has become embodied solidarity.

As part of my Advent Worship, I will wear the hijab to work at Wheaton College, to play in Chi-town, in the airport and on the airplane to my home state that initiated one of the first anti-Sharia laws (read: unconstitutional and Islamophobic), and at church.

I invite all women into the narrative that is embodied, hijab-wearing solidarity with our Muslim sisters–for whatever reason. A large scale movement of Women in Solidarity with Hijabs is my Christmas ‪#‎wish‬ this year.

Wheaton College has responded by putting the faculty member on administrative leave.

The problem here is not that evangelicals empathize with Muslims or wear scarves on their heads. I myself have been known to wear a shemagh as an alternative to the standard pieces of colored cloth that men in the West tie around their necks.

The problem is — once again — doing this in the name of Christ, especially when the claims of Christ, you would think, would force Christians finally to side with other Christians no matter how objectionable. Islam — now, of all times! — represents a more Christian understanding of how persons should serve God and love neighbors?

The plasticity of evangelical identity, the capacity that evangelicals have to avoid any boundaries or definitions that might constrain the sovereign autonomous self, is ironically just another example of the construction of personal identity that absorbs people living in the United States. Transgenderism is apparently in. Homosexuality (which they tell us is not a choice even though lots of women switch-hit) is on the upswing for those seeking to imitate heterosexuals and tie the knot of marriage. Of course, identifying with the Confederacy is prohibited, and Rachel Dolezal crossed the line when as a white woman she self-identified as black. Even though the rules of the politics of identity have yet to be written, the situation is sufficiently fluid for Americans to choose to be something they are not right now.

But evangelicals have been doing this for a long time.

Instead of noticing the follies of transgenderism, as Carl Trueman effectively did recently in the case of the Canadian man who claims to be not merely a female but a six-year old girl trapped in a man’s body, perhaps evangelicals will notice how bizarre their own tribe can be in the realm of transcending identities. 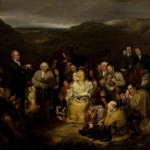 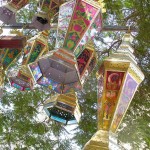 December 22, 2015 Would Muslims Allow This to Happen to Ramadan?
Recent Comments
0 | Leave a Comment
"I can never keep myself from being annoyed by the disingenuousness of the "complementarian" label. ..."
NorrinRadd Are Complementarians America’s Taliban?
"All of the LGBTQ sexually are mentally ill ( have a depraved mind ). And ..."
D.M.S. Being Evangelical, Being Gay
"What did he contribute?"
Roger McKinney Is David French the Best Judge ..."
"That's because French was and is part of the "Cult of Bush.""
Johnny Davis Is David French the Best Judge ..."
Browse Our Archives
Related posts from Putting the Protest in Protestant