An Evangelical Guide to March Madness

The prominence of Roman Catholic universities in the NCAA Division 1 basketball tournament is readily obvious from the brackets (heck, the Big East Conference is virtually the Big Roman Catholic Conference — it consists of Creighton, DePaul, Georgetown, Marquette, Providence, St. John’s, Seton Hall, Villanova, and Xavier; only Butler, an Indianapolis institution originally founded by the Disciples of Christ, remains outside fellowship with the Bishop of Rome even while belonging to the Big East). The prominence of Roman Catholic universities in the tournament — Villanova and Xavier as 2 seeds — made me all the more disappointed to see the Baptists from Baylor have to square off against the Congregationalists from Yale in the first round. The fundamentalist in me was even more disappointed to see the mainline Protestants from Yale beat Baylor’s Southern Baptists — though I was actually rooting non-denominationally for the Yale underdogs (as if Ivy League university students are ever underdogs in the race for success). The committee’s decision to pit Gonzaga against Seton Hall at least took the edge off Protestants having to play each other.

Evangelicals have several additional teams for which to root. The Methodists from Duke and Syracuse have cleared the first round and may — if lightning strikes — return to the glories of years past. But my Protestant money is on Temple University (full disclosure — I am an alum). Temple is playing now against Iowa and evangelicals should be cheering for the Cherry and White.

The reason is that Temple was founded by the Baptist minister Russell Conwell, famous for his sermon, “Acres of Diamonds.” Granted, that sermon was one of the first examples of the prosperity gospel. But Temple was originally a school, like the Bible colleges of the era, designed to help pious older students who wanted to go into the ministry acquire a degree even while working full-time. The college offered courses primarily at night to accommodate student schedules and that night course regimen is responsible for the university’s mascot. Temple students were originally nicknamed “Night Owls” which became today’s Owls. For a time, Temple even boasted a seminary, named for its founder, Conwell School of Theology, which is the institution where R. C. Sproul taught early in his career. But when the Commonwealth of Pennsylvania incorporated Temple into the state’s university system during the mid-1960s, Conwell’s school had to abandon its religious ties and the School of Theology merged with Gordon Divinity School to become Gordon-Conwell Theological Seminary.

To be sure, it is not an easy sell to convince evangelicals to root for Temple. It is a state university and the old Baptist Temple in which Conwell used to preach has been converted into a concert hall. But its roots should count for something. So sing with me the Temple fight song: 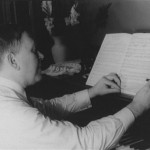 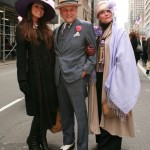