Less Hypocritical Than Thou

Randall Balmer isn’t at all surprised by evangelicals’ support for Trump. Evangelicals, he says, are worldly and so they would naturally fall for a candidate as outrageous and as morally compromised as Trump:

When I was growing up in the evangelical subculture, the most damning thing you could say about a fellow believer was that she or he was “worldly.” The charge of “worldliness” encompassed many things — sexual promiscuity or coarse language or lack of modesty — but it also included a strong suspicion of affluence. I heard many evangelical sermons in my childhood about Jesus’ declaration that it was easier for a camel to pass through the eye of a needle than for a rich man to enter the kingdom of heaven. I haven’t heard a sermon like that in decades.

But all that changed when evangelicals started supporting Ronald Reagan:

By the 1980 election, however, leaders of the religious right were telling their followers that the most “godly” man running for president was not Jimmy Carter, a Southern Baptist Sunday school teacher, or even John B. Anderson, a member of the Evangelical Free Church. No, the “evangelical” choice was Ronald Reagan: a divorced, episodic churchgoer and former actor from Hollywood, a province not known for its piety. Even on the issue of abortion, which the religious right adopted in 1979, Reagan was hardly a logical choice; as governor of California, he had signed the most liberal abortion bill in the nation.

Then with George W. Bush, the secularization of evangelicalism was complete:

By the time George W. Bush took office, they had indisputably lost their prophetic voice. Although the invasions of Iraq and Afghanistan failed to meet even the barest criteria for a just war, evangelicals supported these actions, and they raised no objections to the use of torture or the implementation of economic policies that overwhelmingly favored the affluent.

America’s evangelicals have become secular, more interested in the pursuit of wealth and political influence than fidelity to the teachings of Jesus.

Balmer has a point. The alignment between evangelicalism and the GOP has not been good for the faith.

But what Balmer doesn’t say here is that he is as worldly as the evangelicals he condemns:

it should come as little surprise that the candidate of choice for evangelicals so far in this 2016 election season is a twice-divorced, thrice-married billionaire famous for firing people on TV, who belittles the disabled and advocates policies — on immigration, for example, or the environment — utterly at odds with the “biblical values” evangelicals purport to uphold.

After all, he is a priest in the Episcopal Church which does not exactly put him on top of the moral high ground of biblical values or even approach the sanctity of his political “redeemer,” Jimmy Carter. Indeed, someone could argue that Balmer’s associations would fail to meet the strict standards of holiness on which he was reared.

None of us is perfect. But I am curious how someone who grew up with a sense of worldliness and then embraced worldly ways is in a position to tar evangelicals with the brush of being worldly. 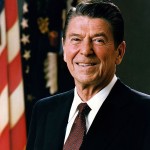 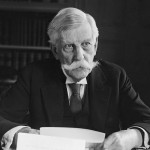