Would Randy Have John’s Back on Jim?

Jim Wallis that is.

Truth be told, I am a historian with certain religious and political convictions. When I write about the faith I am prone to tap my Old School Presbyterian beliefs. Providentially for me, those convictions also involve a doctrine called the spirituality of the church, one often much derided for its political passivity during debates over slavery, but one I first encountered when reading disputes about Prohibition. The doctrine teaches that the church (unlike OT Israel which was political and spiritual) is a spiritual institution with spiritual means for spiritual ends. When it comes to political struggles, the church should butt out unless the Word of God has clear teaching for policy and legal questions. You may oppose drunkenness but figuring out what the law should be or whether alcohol is a matter for state or federal governments is not something the Bible will help you resolve. In fact, if you want your politics straight from the Bible you either wind up with some kind of Old Testament-like theocracy or a New Testament infused pacifism (though no sovereign nation in the history of the world has been pacifist).

That is a long way of saying that my religious convictions prevent me from taking political sides. When I do the latter, I look to my understanding of U.S. law, my duties as a citizen, and some awareness of a common life. Some of those may be more or less compatible with love of God or love of neighbor, but most “issues” — from mass incarceration of blacks to estate tax — have sufficient wrinkles to make the translation from Christian duty to American polity a task best left for the Ph.D. student in political theory at Baylor.

The reason for going into this backstory is to wonder aloud whether evangelical historians acknowledge the difference between their political and religious convictions. For instance, John Fea has been making a case — warranted I believe — against Ted Cruz because of ties to Dominionist Theology:

When Cruz says he wants to “reclaim” or “restore” America, he does not only have the Obama administration in mind. This agenda takes him much deeper into the American past. Cruz wants to “restore” the United States to what he believes is its original identity: a Christian nation.

But before he can bring the country back to its Christian roots, Cruz needs to prove that Christian ideals were indeed important to the American founding. That is why he has David Barton on his side.

For several decades Barton has been a GOP activist with a political mission to make the United States a Christian nation again. He runs “Keep the Promise,” a multimillion-dollar Cruz super-PAC. He’s one of Cruz’s most trusted advisers.

Barton is the founder and president of WallBuilders, a Christian ministry based in his hometown of Aledo, Texas. He writes books and hosts radio and television shows designed to convince evangelicals and anyone else who will listen that America was once a Christian nation and needs to be one again. . . .

Cruz wants Americans to believe the country has fallen away from its spiritual founding and he, with God’s help, is the man who can bring it back.

Anyone who has watched Cruz on the stump knows that he often references the important role that his father, traveling evangelist Rafael Cruz, has played in his life. During a 2012 sermon at New Beginnings Church in Bedford, Texas, Rafael Cruz described his son’s political campaign as a direct fulfillment of biblical prophecy.

The elder Cruz told the congregation that God would anoint Christian “kings” to preside over an “end-time transfer of wealth” from the wicked to the righteous. After this sermon, Larry Huch, the pastor of New Beginnings, claimed Cruz’s recent election to the U.S. Senate was a sign that he was one of these kings.

John took some flack for this and so when Randy Balmer defended Fea, he was naturally encouraged:

If Cruz is loath to rehearse some of the seamier elements of Reconstructionism, however, his father, Rafael, displays no such reticence. The elder Cruz, an evangelical minister, has declared that his son’s candidacy represents a fulfillment of biblical prophecy. Fea contends that both David Barton and Raphael Cruz, who is often on the campaign trail as a surrogate for his son, subscribe to a particular strain of Reconstructionism called “Seven Mountains Dominionism.” Derived from Isaiah 2:2—“And it shall come to pass in the last days, that the mountain of the Lord’s house shall be established in the top of the mountains”—the true believers, according to this scheme, must seize control of seven dimensions of culture: media, education, religion, family, business, entertainment, and government.

Ted Cruz’s election as president would represent a milestone in the restoration of the United States to the ranks of a Christian nation. And if that were not enough, Raphael Cruz promises an end-times “transfer of wealth” from the wicked to the righteous once America is restored in this Dominionist scheme. Preaching from the book of Proverbs, the elder Cruz declared that “the wealth of the wicked is stored for the righteous.”

Nothing wrong with taking issue with this sort of melding of theology and politics. Not good Christianity or constitutionalism.

What is not exactly right is the tendency of evangelical historians to go after the bad theology of conservatives and remain silent about the not so great theology of liberals or progressives. I don’t read everything that Randall and John write, but I cannot recall them or their allies taking issue with Jim Wallis’ selective reading of the Bible to endorse left-of-center politics. Maybe evangelical historians don’t follow the left as much as they do the right, and certainly the theocon right is more inflammatory than the Christoliberal left. But I wonder if the selectivity stems from political convictions that run more toward the left than the right.

It’s a free country and historians have as much freedom to side with the left as the right. But at some point academic disinterest should kick in and make politicians of either party targets of historians who study religion when those public officials misuse faith. Telling me that the left doesn’t misuse faith is like Captain Renault telling Rick Blain that he was “shocked, shocked,” to find gambling going on at Rick’s Cafe. 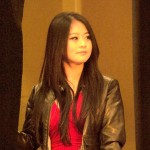 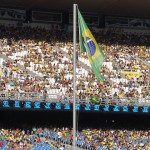 April 29, 2016 Uh Oh, The Moral World Just Got More Complicated
Recent Comments
0 | Leave a Comment
Browse Our Archives
get the latest from
Putting the Protest in Protestant
Sign up for our newsletter
POPULAR AT PATHEOS Evangelical
1

Churches without Members, Christians without Churches
Cranach
Related posts from Putting the Protest in Protestant