A Myth Destroyed Is Not History Understood

Rodney Stark’s new book, Bearing False Witness, a volume that debunks Protestant myths (some of the Jack Chick variety) about Roman Catholicism, begins with anti-Semitism. To his credit, he starts the first chapter with a quotation from one of his early books: “For centuries, persecution of Jews was justified in the name of God.” Stark goes on to explain why he was wrong along with those of many received views about Judaism and Christendom. One of the arresting parts of the chapter is the notion that Christians tolerated more than they attacked Jews. The reason? The return of Christ. Only would Christians know the end was near when Jews began to convert to Christianity and Christians wouldn’t have such knowledge if no Jews were around to function as an eschatological thermometer.

While much of Stark’s chapter is useful, he goes too far when he tries to defend the papacy from the anti-Semitism that Hilter and the Nazis practiced and popularized. The literature on Pius XII’s relations with Hitler is vast, complicated, and written by historians with clear but not always acknowledged biases. At one point he refers to the work of David Kertzer, who teaches anthropology and Italian studies at Brown University, as part of a tradition of “angry rehashes of the same material in the same unscholarly ways.”

In point of fact, David Kertzer’s book on the papal abduction of Edgardo Mortara is one of the most compelling books I have read about the papacy and Jews in Italy. Here are a few excerpts from a post I wrote a few years ago. First me:

David I. Kertzer’s book on the amazing case of a little Italian Jewish boy abducted by the authorities of the Roman Inquisition (if no one expects the Spanish Inquisition, how much more surprising the Roman Inquisition) is a page-turner, filled with intrigue, personal and political. It was such an absorbing narrative that movie moguls had planned to turn the story into a film, starring Anthony Hopkins as pope Pius IX (Pio Nono) and Jauvier Bardem as Momolo Mortara, Edgardo’s father.

In some ways it was a small story about a single Jewish family’s experience with the papacy’s temporal rule within the Papal Legations. Canon law confined Jews to ghettos, which is where the Mortaras lived in Bologna. Canon law also specified that Christians should not interact with Jews, nor should Jews employ Christian girls as servants. Here the Mortaras (along with most Jews and Italian Christians) looked the other way and this is where the family’s son became vulnerable. For canon law also specified that a Christian of any rank, from humblest servant to noblest Cardinal, should baptize an infant in near-death circumstances, even against the will of parents. The Mortaras’ servant in 1852 baptized the infant Edgardo when she thought he was going to die. He survived. Canon law also stipulated that by virtue of baptism a person was a Christian and forbade Christian children from being reared by non-Christian parents. Consequently, in 1858, when the Roman Inquisition learned of a Christian child in a Jewish home, authorities instructed the papal police to take Edgardo (age six) from his parents and rear him in a home for catechumens.

Edgardo’s parents’ lives were never the same. Momolo, the father, spent the rest of his life trying by every legal means to recover his son. This meant neglecting his business and depending on charity. The international Jewish community rallied to the Mortaras for both humanitarian and political reasons. Momolo spent almost the last year of his life in prison and on trial, accused of of murdering another Italian Christian servant girl. Kertzer argues convincingly that the death, for which Momolo was found not guilty, was actually a suicide. But thanks to the anti-semitism that prevailed in Christendom, authorities were more inclined to attribute the death to Momolo than to the deceased Italian Christian. Only a month after being freed from prison, Momolo died of natural causes, the unnatural end to an unbelievably tragic life. I would have paid $9 gladly to see Bardem portray this tragic figure.

But the case of Edgardo Mortara took on international significance – not only among Europe and North America’s Jewish communities – but among Europe’s rulers because it exposed the illiberal and pre-modern character of papal rule in a sizable portion of what would become the nation of Italy. For instance, Napolean III in France, who provided military protection to a fairly weak papal regime (at least in the temporal realm), wanted to see Jews in Italy receive the rights of citizens – you know, Liberty, Equality, Fraternity don’t exactly square with Jewish ghettos and forced evangelistic sermons that church law required Italy’s Jews to hear every Sabbath after attending synagogue (often the priests would use the text expounded earlier by the rabbi). Meanwhile, France and Austria had holdings in Italy that Italians wanted for their own nation. As a result, the case of Edgardo became a crucial episode in the unification of Italy (1870). If the papacy could lose its temporal power, then occupying foreign forces would lose some of their reason for rule in Italy and then perhaps the people of Italy could achieve a unified nation.

The autonomy of national churches – championed in the past not only by secular rulers who were hostile to control from Rome but also by major sectors of the Catholic population and clergy in France, Austria, and elsewhere – was during this Restoration period increasingly challenged by the growth of the “ultramontane” movement. The ultramontanes argued that local churches everywhere should come under the strict control of the Holy See. They sought to bolster the power and the prestige of the Pope, and they championed the supremacy of Church law over secular legal principles. In all this, they fought not only the liberal movement but their opponents within the Church as well, those who, from the ultramontanes’ perspective, were poisoned by Enlightenment ideas that were at odds with the Church’s mission.

The Pope’s refusal to return Edgardo to his family became a sacred cause for the ultramontane forces, involving the prestige and authority of the papacy as well as the supremacy of divine law over modern ideas of individual rights and religious equality. (130-131)

. . .The Pope was not above a conspiratorial view of the forces lined up against him. No organized opposition to papal rule was permitted in the Papal States, and so he had some grounds to worry about conspiracies, which from the time the Restoration began had plagued the papacy. Those opposed to the temporal power of the pope were not only branded agents of the devil but cast together in one large, godless cabal run by the Freemasons. A Civilta Cattolica article illustrates the Pope’s thinking. The minister of a great power, the journal reported, had come to plead for Edgardo Mortara’s return to his parents “in the name of the needs of modern society.” “What you call modern society,” the Pope replied, “is simply Freemasonry.” . . .

Pius IX told the French journalist that he would risk his life to defend the papacy’s temporal rule, “because temporal power is necessary for the Church’s freedom, and the full freedom of the Church is necessary for all Catholic society and for all humankind.” Painfully aware of the superior political strength of the forces lining up against him, the Pope ruminated: “Undoubtedly, order will one day be restored. But after how much time? And at the cost of what catastrophes!” (157-58)

These quotations provide a mere hint of the complexity of the historical circumstances that both popes and European Jews faced. The relations between Mortara and Pius IX concerned not just theology and the history of Jewish and Christian relations, but also European politics and Italian nationalism. No mere man could have controlled all of those circumstances to come out smelling like a rose. That Kertzer portrays them so well in this book is one reason his scholarship on the papacy should not be dismissed as “angry” or “unscholarly.”

The larger point, which relates more to Stark’s argument than to Kertzer’s abilities, is that deconstructing myths does not leave us with accurate history. To be sure, Protestants created all sorts of myths about Roman Catholicism and Roman Catholic apologists do the same about Protestantism. Apologetics is good for myth-making but it makes for lousy history. History is far more complicated and far less encouraging. David Rieff’s new book on the limits of remembering captures well the difference between myth and history:

History is really about the past. There’s the great English novelist L.P. Hartley, who wrote a book called The Go-Between. And the first line of that book is “The past is another country. They do things differently there.” History is about the difference between the past and the present. Memory is about using the past for the purposes of the present, or for some group in the present. History is critical history … Memory serves the present. History is the material out of which this collective memory is made. But collective memory, commemoration, is not history. If it is history, it’s so simplified and reduced to be, as I say, to be closer to myth than to history in any usable sense. 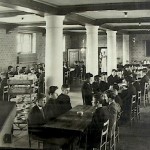 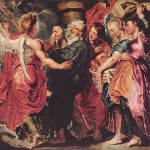 June 2, 2016 All Ages After the Fall Are Dark
Recent Comments
0 | Leave a Comment
Browse Our Archives
get the latest from
Putting the Protest in Protestant
Sign up for our newsletter
POPULAR AT PATHEOS Evangelical
1

Does the Bible teach that women...
Determinetruth
Related posts from Putting the Protest in Protestant