So Far Everyone Agrees on Orlando as the Place

From 1847 to 1857 if we believe Wikipedia, the City of Orlando was known as Jernigan, after the original settler of the area, Aaron Jernigan. No one calls Orlando Jernigan today.

In 1916 if a shooting had happened in an Orlando bar, reporters would have likely called those people Americans, or maybe fruit pickers or orange grove owners since the town then was the hub of the local orange growing industry.

Today the options for journalists are primarily gay or Latino or Hispanic or Puerto Rican (since many of the victims were from Spanish-speaking backgrounds).

So why has the public so identified those killed in the tragic events of Sunday morning with the LBGT movement? I get it. The those injured and killed were in a gay dance club. But even in CNN’s list, the news agency remains silent about the victims’ sexual orientation or identity.

And yet, Christian leaders have expressed the need for believers to show solidarity with or sympathy for gays and lesbians. Anglican archbishops released this statement:

After Sunday’s attack in Orlando as Christians we must speak out in support of LGBTI people, who have become the latest group to be so brutally targeted by the forces of evil. We must pray, weep with those affected, support the bereaved, and love without qualification. The obligation to object to these acts of persecution, and to support those LGBTI people who are wickedly and cruelly killed and wounded, bereaved and traumatised, whether in Orlando or elsewhere, is an absolute call on our Christian discipleship.

In a similar vein Russell Moore issued this statement:

Let’s call our congregations to pray together. Let’s realize that, in this case, our gay and lesbian neighbors are likely quite scared. Who wouldn’t be? Demonstrate the sacrificial love of Jesus to them. We don’t have to agree on the meaning of marriage and sexuality to love one another and to see the murderous sin of terrorism.

Meanwhile, Noah Millman asks good questions about the American public’s attempts to make sense of these shootings. He argues that narratives about Islam, homosexuality, guns, and mental illness do not provide an adequate basis for crafting the proper policy response.

What I find striking about this story is the way it reveals how impoverished our national identity is. Once upon a time, mainstream news agencies (think Walter Cronkite) and federal authorities (think John F. Kennedy) bestowed a collective identity upon Americans. Aaron Sorkin celebrates the power of these institutions in his shows News Room and West Wing. But Sorkin is being nostalgic. The 1960s disrupted American national identity and for good reason. The United States was not a place that felt like home to African-Americans. Women, the sexually repressed, and Vietnam War protesters joined in exposing the limits of national identity to unify Americans. Other sources of the self, personal ones, superseded national identity.

Lo and behold, evangelicalism contributed to this politicization of identity when born-again believers insisted that their religious identity was more basic than their national one. The logical consequence of this insistence was the Moral Majority of the Religious Right. Believers who were citizens could not carry out their civic responsibilities apart from their religious convictions.

The result of these political identities is the very fractured society we now have where LBGT persons cannot identify with evangelicals and evangelicals (generally) cannot abide homosexual politics or transgender bathrooms. The press mainly regards the former as victims of the latter’s morality.

What should we do? If everyone could simply identify as American, the one thing that these people have in common, would that help? Do we need more people to become fans of Jed Bartlet and Will McAvoy? I myself have my own set of reservations about the nation-state and particularly about the United States’ foreign policy. So a renewed patriotism doesn’t appear to be in the cards. But as long as people think about sexual orientation or religious conviction as trumping national identity, interpreters of events like those in Orlando will sound arbitrary. 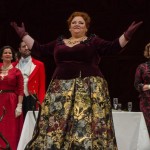 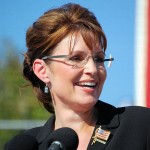 June 16, 2016 Make America Great Again
Recent Comments
0 | Leave a Comment
Browse Our Archives
get the latest updates from
Putting the Protest in Protestant
and the Patheos
Evangelical
Channel
POPULAR AT PATHEOS Evangelical
1

Announcing...Living the King Jesus Gospel (A...
Crux Sola: Formed by Scripture to Live like Christ
Related posts from Putting the Protest in Protestant