Then why do Tony Campolo and Shane Claibornethink that followers of Jesus would repudiate Donald Trump?

Evangelicalism was closely associated with the campaign of Donald J. Trump, and more than 80 percent of white evangelicals voted for the president-elect. This, despite large numbers of African-American, Latino, Asian, young and female evangelicals who were fiercely opposed to the racism, sexism and xenophobia of Mr. Trump’s campaign and the hypocrisy of a candidate who built a casino empire while flouting morality.

As a result, much of the good that went by the name “evangelicalism” has been clouded over; now a new movement is needed to replace it.

That way of looking at Trump calls to mind the Pharisees:

After this he went out and saw a tax collector named Levi, sitting at the tax booth. And he said to him, “Follow me.” And leaving everything, he rose and followed him.

And Levi made him a great feast in his house, and there was a large company of tax collectors and others reclining at table with them. And the Pharisees and their scribes grumbled at his disciples, saying, “Why do you eat and drink with tax collectors and sinners?” And Jesus answered them, “Those who are well have no need of a physician, but those who are sick. I have not come to call the righteous but sinners to repentance.” (Luke 5:27-32 ESV)

To be sure, condemning Trump and what he represents plays well to half of America. But isn’t the point of being a Red Letter Christian to follow Jesus, not gain the approval of the New York Times editors? 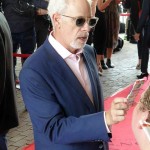 November 23, 2016
Three Matters for Which to Be Thankful
Next Post 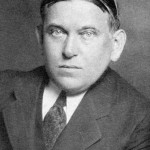 The Institutions Americans No Longer Believe...
Cranach
Related posts from Putting the Protest in Protestant

Craig's Atonement and the Death of Christ-- Part...
Q. If in fact Christ’s death satisfies God’s justice issue in regard...
view all Evangelical blogs
What Are Your Thoughts?leave a comment
Copyright 2008-2021, Patheos. All rights reserved.