WWJTB (what would Jesus’ tone be?)

While Carl Trueman and Peter Leithart are wondering about the harsh tone of Protestant polemics during the Reformation, has anyone considered that our Lord himself did not play by the contemporary standards of civility and niceness?

He was, after all, evasive:

Tell us, then, what you think. Is it lawful to pay taxes to Caesar, or not?” But Jesus, aware of their malice, said, “Why put me to the test, you hypocrites? Show me the coin for the tax.” And they brought him a denarius. And Jesus said to them, “Whose likeness and inscription is this?” They said, “Caesar’s.” Then he said to them, “Therefore render to Caesar the things that are Caesar’s, and to God the things that are God’s.” (Matthew 22:17-21 ESV)

He spoke in riddles on purpose:

At that time Jesus declared, “I thank you, Father, Lord of heaven and earth, that you have hidden these things from the wise and understanding and revealed them to little children; yes, Father, for such was your gracious will. All things have been handed over to me by my Father, and no one knows the Son except the Father, and no one knows the Father except the Son and anyone to whom the Son chooses to reveal him. (Matthew 11:25-27 ESV)

And sometimes he was even snippy:

From that time Jesus began to show his disciples that he must go to Jerusalem and suffer many things from the elders and chief priests and scribes, and be killed, and on the third day be raised. And Peter took him aside and began to rebuke him, saying, “Far be it from you, Lord! This shall never happen to you.” But he turned and said to Peter, “Get behind me, Satan! You are a hindrance to me. For you are not setting your mind on the things of God, but on the things of man.” (Matthew 16:21-23 ESV)

So if Jesus is the standard for what I would do, maybe I have more leeway than Generation Snowflake thinks. 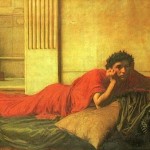 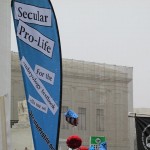 December 20, 2016 Scholarly Trigger Warnings
Recent Comments
0 | Leave a Comment
Browse Our Archives
get the latest updates from
Putting the Protest in Protestant
and the Patheos
Evangelical
Channel
POPULAR AT PATHEOS Evangelical
1

Every Church Needs a Joker (And...
Roger E. Olson
Related posts from Putting the Protest in Protestant