Neither Male nor Female, But Always Jew or Greek

In 1992 justice Anthony Kennedy wrote on behalf of abortion rights that the sort of decision a woman faced was too personal and poignant for the state ever to interfere:

These matters, involving the most intimate and personal choices a person may make in a lifetime, choices central to personal dignity and autonomy, are central to the liberty protected by the Fourteenth Amendment. At the heart of liberty is the right to define one’s own concept of existence, of meaning, of the universe, and of the mystery of human life. Beliefs about these matters could not define the attributes of personhood were they formed under compulsion of the State.

Current discussions and debates over transgender rights would appear to be an extension of this logic. Gender is a social construction, and someone’s sexual or gender identity is so personal that any one should have the freedom (protected right) to choose a different classification.

When it comes to race, however, the same freedoms to do not apply. That was clearly the outcome of the reaction that Rachel Dolezal received a few years ago. At the very same time that Caitlyn Jenner was receiving positive reviews for changing gender identities, Dolezal experienced widespread condemnation (and still does) for trying, as a white woman, to present as black.

The line separating gender and race in the social construction sweepstakes is becoming even wider and brighter as feminist philosophers are having to figure out what to do with one of their members, Rebecca Tuvel, a philosophy professor at Rhodes College, who in an peer reviewed journal argued that the arguments for transgenderism should extend to transracialism:

Tuvel’s article rebuts a number of the arguments against transracialism, and it’s clear, throughout, that Tuvel herself is firmly in support of trans people and trans rights. Her argument is not that being transracial is the same as being transgender — rather, it’s “that similar arguments that support transgenderism support transracialism,” as she puts it in an important endnote we’ll return to. It’s clear, from the way Tuvel sets things up, that she’s prodding us to more carefully examine why we feel the way we do about Dolezal, not to question trans rights or trans identities.

Rather than allowing an academic journal to be a safe space to explore ideas and contested claims, Tuvel is facing a decided backlash that even has editors who approved publication now apologizing for the article’s appearance (whether they will retract it is still under review):

Usually, an article like this, abstract and argumentatively complex as it is, wouldn’t attract all that much attention outside of its own academic subculture. But that isn’t what happened here — instead, Tuvel is now bearing the brunt of a massive internet witch-hunt, abetted in part by Hypatia’s refusal to stand up for her. The journal has already apologized for the article, despite the fact that it was approved through its normal editorial process, and Tuvel’s peers are busily wrecking her reputation by sharing all sorts of false claims about the article that don’t bear the scrutiny of even a single close read.

Maybe the solution is a federal department of personal identity that will issue rules and guidelines for determining which identities are absolute and which are negotiable. Maybe that agency can reissue its regulations every ten years after census results. Until then, the politics of identity are taking up more and more oxygen even as the stuff that government may or may not be good at — banking, war, currency, diplomacy — looks trivial to certain sectors of the citizenry. 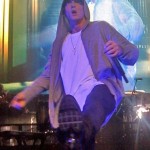 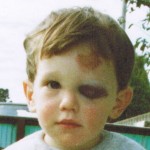 May 4, 2017 Evangelicals Used to Hear They Scolded Too Much, Now Not Enough?
Recent Comments
0 | Leave a Comment
Browse Our Archives
get the latest from
Putting the Protest in Protestant
Sign up for our newsletter
POPULAR AT PATHEOS Evangelical
1

Experiences of an Evangelical Theologian 6
Roger E. Olson
Related posts from Putting the Protest in Protestant