Apparently when Eminem performs, by Rev. Jemar Tisby’s logic, the white rapper is guilty of putting on black-face. In the context of a controversy over Baptist seminary professors who dressed up as gang members, posed for a photo later tweeted, to send off a white colleague who sometimes performs Christian rap, Pastor Tisby argues the professors belittled blacks:

Whatever their intentions, the photo is problematic for at least three main reasons. First, as a comparison, consider why blackface is so offensive. Starting in the early 19th century, white actors would apply black makeup to their faces and exaggerate their lips in a caricature of African American looks. Then they performed racist tropes on stage for laughs. Blackface denigrates people of African descent. It says that skin color can make someone intellectually and culturally inferior, so it’s not a problem to imitate their appearance for the sake of amusement.

In a similar way, putting on clothes typically associated with racial and ethnic minorities communicates that a person’s culture has value only as entertainment. That’s why you can’t dismiss this photo as “just a joke.” It harks back to a history of dehumanization.

This is a curious reaction if only because a charitable reading (to which Christians are sometimes called) is to echo Oscar Wilde that “Imitation is the sincerest form of flattery that mediocrity can pay to greatness.” Why weren’t the professors, no matter how silly they looked, simply guilty of trying to hard — the way guys sometimes look when they court gals? Since Pastor Tisby wants to see racially integrated churches, I’m not sure why seeing whites dress in the vernacular of the street is an indication of white disapproval (or mocking) of what he regards as ethnic or racial cultural forms. (In fact, if you go anywhere in the United States you can see people, no matter their race, “dressed in hoodies, gold chains, bandannas and caps.”)

For the record, readers may want to recall that four years or so ago, when a few white pastors and theologians were outspokenly critical of Christian rappers, they received a fair amount of scorn from rap’s fans and from Christian spokesmen who didn’t necessarily get rap. Now, when white men imitate a certain urban style of dress in the context of a friend who raps also violate standards that Miss Manners has yet to define, I do wonder whether the conversation on race will ever get off the ground. I also wonder what Pastor Tisby’s reaction is to white men who rap in business suits. Does this belittle rappers?

One interlocutor who might help such a conversation is Thomas Chatterton Williams, the author of Losing My Cool, a memoir about an African-American who grew up on hip-hop and its lure of gangsta street codes only to find his way out through the study of Sartre and Heidegger. One of many arresting observations that Williams comes in his commentary on white friends who compartmentalized their hip-hip experience so that they could pursue school work and careers without missing a beat while also imitating the language and mannerisms at times of hip-hop entertainers in select settings:

One of the main reasons, it dawned on my, is that too many blacks do not approach hip-hop ironically. Whites and other non-blacks like Bryan and Ted enjoy the very real pleasures of the music while avoiding the many pitfalls of the culture precisely because they listen with a sense of irony. For my black friends and me, there was nothing ironic about the business of keeping it cool. Quite the opposite — this is what many of us were most sincere about. . . . RaShawn had none of the necessary psychological detachment and emotional remove that Bryan could bring with him to the interaction. RaShawn saw himself in these songs, whereas Bryan simply came to appreciate hip-hop in the way that, say, someone not from India might come to appreciate yoga. Regardless of his enthusiasm for hip-hop, there could never be any question of whether Bryan might actually belong to the street culture that produced it. The truth is that he couldn’t, and no one would ever expect him to — hence the irony of his adoption of this peculiar language and set of manners. Not, Bryan was into hip-hop, I realized, but he wasn’t of it; sadly RaShawn was of it even more than he was into it. (182-83)

That point about irony raises a question for Pastor Tisby: why does a Protestant pastor apparently assume gangster mannerisms are an authentic expression of black culture to which whites have no legitimate access? 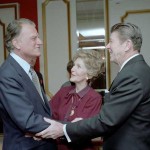 April 25, 2017
Would We Know as Much about Evangelicals if Not for the Religious Right?
Next Post 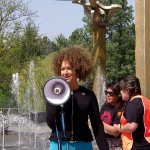 May 3, 2017 Neither Male nor Female, But Always Jew or Greek
Recent Comments
0 | Leave a Comment
Browse Our Archives
get the latest from
Putting the Protest in Protestant
Sign up for our newsletter
POPULAR AT PATHEOS Evangelical
1

The Signs of Wilmore, Kentucky: A...
Anxious Bench
Related posts from Putting the Protest in Protestant