If Southern Baptists think their resolution condemning the alt-right will make them right with the nation, boy are they going to be disappointed.

According to a story in Vox:

SBC members have historically been white, non-immigrant, and politically conservative, but in recent years, the demographics of member churches have shifted. According to the Washington Post’s Sarah Pulliam Bailey, half of the SBC’s new churches are non-white. In recent years, a generational divide between older pastors and members — many of whom identified strongly with the Republican establishment — and the Convention’s younger and more politically independent wing, has been the topic of much internal discussion and controversy. The overwhelming support for the alt-right resolution, therefore, represents a powerful developing voice in SBC politics. . . .

Outside of religious circles, there is a stereotype that all Christians, particularly of the evangelical Protestant bent, are a political monolith, something the demographics of the 2017 election did little to assuage. But, as Gass points out, there’s been a growing trend in the SBC toward progressivism on some issues. In 2015, the SBC passed a resolution for racial reconciliation; a year later, they condemned the use of the Confederate flag: Neither gesture a small thing, given the SBC’s historical associations with slave-owners.

For pastors like Gass, “we have to keep moving down the field” when it comes to an anti-racism message he sees not as a statement of political correctness but rather as integral to the heart of the gospel and his faith: “Jesus Christ comes to break down barriers, not build barriers.”

I for one did not think that SBC congregations flew the Confederate flag in their meeting spaces, nor did I assume that a church formed in 1845 over debates about the sinfulness of slave owning was a racist communion. That would be like assuming that Planned Parenthood supports eugenics and the sterilization of people with mental challenges. But in the United States, forgiveness can be a precious commodity depending on the sin.

The thing is, what good do resolutions do? Does anyone remember the SBC’s resolution that called for a boycott of the Disney company? Part of that 1996 ruling complained about Disney’s open support for normalizing homosexuality. When the SBC repealed the boycott 8 years later, some wondered what the resolution had accomplished.

The same can be said for the SBC’s 2015 resolution on racial reconciliation. Did that keep Southern Baptists from voting for Donald Trump or SBC Trump supporters from threatening to withhold financial support for the Ethics and Religious Liberty Commission whose executive, Russell Moore openly opposed Trump and wondered how evangelicals could support the Republican candidate?

The problem with resolutions is that they never satisfy. If the SBC condemns the alt-Right today, what about climate change tomorrow? Once a church starts down the road of declarations on political and social affairs, the exit ramps vanish.

And don’t forget what happened to Tim Keller. You may position yourself as the most moderate and most thoughtful and most sensitive of conservative Protestants only to be found not only deficient but repugnant for not lining up with the secular, tolerant, liberal Christians and secularists.

That’s why it’s better to preach Christ and him crucified. No hope for forgiveness without Christ and his saving work. 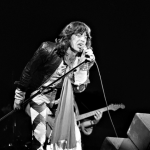 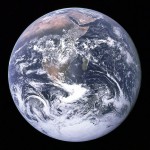 June 23, 2017 Shouldn't Implicit Bias Make a View of the World Go Away
Recent Comments
0 | Leave a Comment
Browse Our Archives
get the latest updates from
Putting the Protest in Protestant
and the Patheos
Evangelical
Channel
POPULAR AT PATHEOS Evangelical
1