Politics is What White (and many Black) Protestants Do

Why is this so hard? Historians who study religion are falling all over themselves to explain that evangelical Protestantism is not inherently political. One factor is discomfort with the number 81 — the number of white evangelicals who voted for Donald Trump. Another is Frances Fitzgerald’s new book, The Evangelicals: The Struggle to Shape America.

Barry Hankins started it off when he reviewed Fitzgerald for The Gospel Coalition:

It seems to be part of FitzGerald’s subtle thesis that the Christian Right transformed evangelicalism from a religious to a political movement—and that this was not a good thing. There is something to this, but we need to keep in mind, as she acknowledges, that even at its height only about 20 percent of evangelicals identified with the Christian Right. When evangelicals think and talk about politics, and especially when they vote, the vast majority sound and act like the Christian Right, from which they take their political cues.

But I’ve always maintained that the typical evangelical isn’t all that political. Rather, the important things for most evangelicals are: (1) living godly lives; (2) raising their children to be committed, evangelical Christians; (3) being active in their local churches; and (4) evangelizing their neighbors. They talk about issues like abortion and gay marriage in Sunday school, and on Election Day about 75 percent to 80 percent of them dutifully vote Republican, even if a pagan like Donald Trump is at the head of the ticket. They may even put a sign in their yard for the Republican congressman in their district. But the vast majority of evangelicals don’t march in the street, write letters to their congressmen and senators, run for the local school board, or attend Christian Right rallies. They’re too busy being Christians, so they leave that to the Falwells, Roberstons, and Dobsons of the world.

Neil Young — not the one who sang with Crosby, Stills, and Nash — followed suit by observing that in the Southern Baptist congregation of his youth, the bulletin board was filled not with notices of the Christian Coalition but “sign-up sheets for the women’s retreat, the month’s deacon-on-call schedule, pictures from a youth group service project, prayer requests for missionaries in Kenya or the Philippines, an advertisement for a revivalist passing through town.” In other words, being evangelical was about so much much more than politics. But Jerry Falwell (the elder) changed that) and occupies way more space in Fitzgerald’s book than he should:

The chapter “The Thinkers of the Christian Right” is a brilliant exposition on how the ideas of R. J. Rushdoony and Francis Schaeffer developed from the intellectual Presbyterian tradition and shaped the rise of the Christian Right. Rushdoony’s hardline views on biblical law as the basis for society attracted fewer devotees, but Schaeffer’s warnings about secular humanism replaced earlier evangelical fears about Communism and “became foundational to the notion of a ‘culture war’ between two totalistic worldviews.”

In the late 1970s, Jerry Falwell seized that message and ran with it, turning from his own personal history of political disengagement. The centralization of Falwell in her narrative of the rise of the Christian Right won’t surprise anyone familiar with that history, but FitzGerald’s astute contribution is to note how Falwell’s political screeds drew from but inverted the logic of Jonathan Edwards’ fiery sermons. As FitzGerald argues, Edwards’ jeremiads inveighed his listeners to repent of their personal sins in order to avoid God’s judgment on society. Falwell reversed that formulation: America’s economic and political decline owed to the moral sickness of the nation, a message that both empowered and absolved conservative Christians “for the sin lay not in the souls of his congregation, but in outside forces.” Christians, therefore, had to step out of their isolation and bring their moral leadership to the nation.

Since then Tommie Kidd and Chris Gehrz have added their support to the argument that historians who look at evangelicalism through the lens of politics wind up distorting what is substantially a religious identity. Meanwhile, John Fea presses ahead with his category of “court evangelical” to refer to those born-again Protestant leaders who are especially thick with President Trump, a designation that implicitly preserves Never Trump evangelicals from the taint of politics (or at least the wrong kind).

Missing from these assessments is any interaction with Sam Haselby’s important book, The Origins of American Religious Nationalism. Haselby follows the endeavors that surrounded the Second Pretty Good Awakening that added the civilization of the frontier to winning souls to Christ. Bible societies, Sunday schools, missionary societies — all of these agencies included a cultural mandate to spread Christian civilization as much as a personal relationship with Jesus. Haselby does not continue the story but someone could well argue that these Protestant voluntary societies became the backbone for the ecumenical movement and the Social Gospel of the late nineteenth century that chose as its mission the Christianization of America (especially since these ecumenical Protestants feared that Roman Catholic immigrants were overrunning the United States).

Eventually the social (or political) dimension of mainline Protestantism became objectionable to fundamentalists and the split of white Protestantism into conservative and liberal led in the 1940s to the creation of neo-evangelical institutions with Billy Graham as the poster boy for this new kind of Protestantism. But don’t let Graham’s revivalism fool you. Graham came to prominence during the 1949 Los Angeles crusade when his anti-Communism caught the attention of newspaper publisher William Randolph Hearst who told his reporters to “puff Graham.” The new evangelicals were no less nationalist (or political) than the modernists who called the shots in the mainline churches. They simply wanted to restore soul winning to the civilizational mission of American Protestantism. If you read Harold John Ockenga at the founding of the National Association of Evangelicals, you’ll see Christian America themes that challenge the observation that evangelicalism is chiefly spiritual. And if you read today’s evangelical critics of Trump, you’ll detect strong doses of Christian conviction that imply that the United States should not be governed by a politician so distant from Christian norms.

None of this means, of course, that evangelicalism (or mainline Protestantism) is or was inherently political. Yes, they did not form political parties. They rarely endorse specific political candidates. But the National Association of Evangelicals and the National Council of Churches maintained offices in the District of Columbia to give their churches a voice in political affairs.

In which case, the current effort to distance evangelicalism from politics is more wishful thinking than historical science. American Protestants have tended to think of the United States in religious terms and carried expectations for politicians and legislation drawn from Christian norms. Of course, the United States does not have an established church and most Protestants have not wanted one. But when Christian since Constantine became used to Christian norms for society and politics, it was a tall order for American Protestants to walk away from political inflections for their faith. Why historians would now expect contemporary evangelicals to be any different is a mystery. I bet they would be hard pressed to argue that black Protestant ministers like Martin Luther King or Jesse Jackson were betraying the fundamentally spiritual character of evangelical faith. 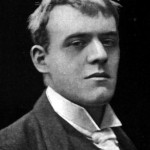 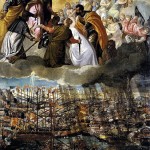