From Charles Finney to Lena Dunham: The Oberlin Factor

On Wednesday, Lena Dunham, the director, writer, and actor best known for the HBO series Girls, used her celebrity to draw attention to an exchange that offended her. In her telling, she was in the terminal at JFK airport in New York City, when she overheard two uniformed flight attendants engaging in a private conversation. “Not gonna call out the airline who delayed cuz shit happens BUT I did just overhear 2 @AmericanAir attendants having a transphobic talk,” she Tweeted to her 5.5 million followers. “At this moment in history we should be teaching our employees about love and inclusivity @AmericanAir. That was worst part of this night.”

The Atlantic magazine staff writer went on to object to Dunham’s reaction this way:

My general aversion to shaming on social media is not absolute. I can conjure hypothetical examples where that tactic, however flawed, might be the best available option. But this particular case is not among them, or even a close call.

For starters, there were superior alternatives available; best of all, talking with the women in person. Appealing to bureaucratic third parties may be more comfortable than disagreeing with strangers in public, but I suspect informal human interaction is more constructive. And if, like Dunham, you ostensibly want American Airlines to better train its employees, relating the incident to management in a private forum would mitigate the risk that they would react by simply firing two service workers as a PR calculation, or that the identities of the two women will eventually be made public. There is still a real chance those women will suffer life-changing consequences over a conversation that they apparently intended to be private.

Robert Tracinski, at The Federalist, reacted to Dunham’s antics with a little more fear and loathing:

Saying “I overheard a conversation” but giving no specifics might prompt American Airlines to send out a general notice to its employees to watch what they say while in the terminal—which is a little unsettling in itself. But giving specific information only has one purpose: to help the airline locate, identify, and punish these specific employees for holding politically incorrect views.

It’s the hashtag #acrossfromthewinebar that sent chills down my spine. Dunham is acting like an informant working for a totalitarian police state—but boastfully, in public, on social media. With a hashtag.

Undoubtedly, someone will point out that this isn’t really totalitarianism because these are all voluntary actions by private citizens and organizations, not the government. Dunham isn’t a paid stooge of the police, but a citizen acting on her own initiative. American Airlines isn’t doing this because the government told them to, but because they’re terrified of bad press. (Which they are still going to get, but from the other side.)

Yet somehow this makes it all worse, because it implies we are being trained to internalize the ethos of the police state—and to enact it voluntarily, on our own initiative, without having to be coerced. We’re building a self-enforcing police state.

Not to be missed is the evangelical component in Dunham’s outlook. She is an alum of Oberlin College, an institution over which Charles Grandison Finney, presided and at which he taught moral philosophy and theology (for Finney they were virtually the same). Finney was the leading revivalist of the Second Pretty Good Awakening. And one of the achievements of that revival was to cultivate a sense that converts need to make a radical, immediate break from sin. For the cause of anti-slavery, the influence of Finney and his supporters meant that plans for the gradual emancipation of slaves was intolerable. The Bibles demands for holiness required Americans and their government to abandon slavery instantly. This outlook in turn cultivated a form of abolitionism that raised the stakes of the sectional crisis between North and South, and some would say it laid the foundation for civil war. Politics won’t work — too much compromise. War will (as long as you win).

I could not help but think of Finney when reading accounts of Dunham’s recent twitter storm. She seems to be of the Finney mindset. Gradualism for transgender is not sufficient. Tolerance must happen now.

Ironically, social justice warriors do not seem to appreciate how much they owe to evangelicals like Charles Finney. 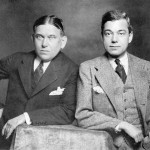 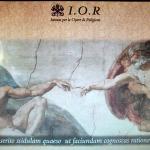 10 Questions Christians Should Ask Before...
Theological Apologetics
Related posts from Putting the Protest in Protestant