The year 2016 changed nothing:

How bad are things? What is the depth of the scandal? Unless we face these questions with ruthless honesty, we can never hope to correct things.

Whether the issue is divorce, materialism, sexual promiscuity, physical abuse in marriage, or neglect of a biblical worldview [sic], the polling data point to widespread, blatan disobedience of clear biblical moral demands on the part of people who allegedly are evangelical, born-again Christians. The statistics are devastating.

To say there is a crisis of disobedience in the evangelical world today is to dangerously understate [sic] the problem. Born-again Christians divorce at about the same rate as everyone else. Self-centered materialism is seducing evangelicals and rapidly destroying our earlier, slightly more generous giving. Only 6 percent of born-against Christians tithe. Born-again Christians justify and engage in sexual promiscuity (both premarital sex and adultery) at astonishing rates. Racism and perhaps physical abuse of wives seem to be worse in evangelical circles than elsewhere. This is scandalous behavior for people who claim to be born-again by the Holy Spirit and to enjoy the very presence of the Risen Lord in their lives.

Evangelicals rightly rejected theological liberalism because it denied the miraculous. In response, we insisted miracles were central to biblical faith at numerous points including the supernatural moral transformation of broken sinners. Now our very lifestyle as evangelicals is a ringing practical denial of the miraculous in our lives. Satan must laugh in sneerful derision. God’s people can only weep.

That was Ron Sider’s assessment of evangelicalism in the U.S. for his 2005 book, The Scandal of the Evangelical Conscience. That is 2005 impiety.

Did voting for Donald Trump compound the problem? Sure.

But astonished outrage about the condition of American evangelicalism — from historians who are supposed to know about the past — does not make sense. Such continued indignation also raises questions about the timing of the indignation. If it happens only now when someone who disapproves of the POTUS but was not a consideration when Sider was writing, then how well do the critics of the 81% actually understand evangelicalism?

Surely, Ron Sider was not surprised by the 2016 presidential election. All the leading indicators of evangelical unfaithfulness were there well before Donald Trump ran for POTUS. But evangelical thought leaders and journalists tempt us to think that born-again Protestants used to be seriously devout and responsible. That is just plain wrong.

For evangelicals, the scandals will always be with them. 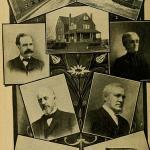 September 19, 2017
The Social Teaching of the Reformed Churches
Next Post 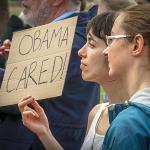 The Coming Drop-Off in Church Giving?
Cranach
Related posts from Putting the Protest in Protestant