What did Tim Keller know, and when did he know it?

That is the question that some readers should be asking after pondering the New York City pastor’s piece in arguably the nation’s premier magazine for journalism and fiction. Keller joins the ranks of those born-again Protestants who want to disassociate themselves from THE EIGHTY-ONE PERCENT!!! of fellow believers who voted for Trump. Keller’s excuse is that when he signed on, evangelicalism was not politicized:

When I became a Christian in college, in the early nineteen-seventies, the word “evangelical” still meant an alternative to the fortress mentality of fundamentalism. Shortly thereafter, I went to Gordon-Conwell Theological Seminary, to prepare for the Presbyterian ministry. It was one of the many institutions that Graham, Harold Ockenga, and J. Howard Pew, and other neo-evangelicals, as they were sometimes called, established. In those years, there was such great energy in the movement that, by the mid-nineteen-nineties, it had eclipsed mainline Protestantism as the dominant branch of the Christian church in the U.S.

these churches tend to be much more committed to racial justice and care for the poor than is commonly seen in white Evangelicalism. In this way, they might be called liberal. On the other hand, these multicultural churches remain avowedly conservative on issues like sex outside of marriage. They look, to most eyes, like a strange mixture of liberal and conservative viewpoints, although they themselves see a strong inner consistency between these views. They resist the contemporary ethical package deals that today’s progressivism and conservatism seek to impose on adherents, insisting that true believers must toe the line on every one of a host of issues. But these younger evangelical churches simply won’t play by those rules.

In which case, theological evangelicalism (lower-case-e) is still political but not the yucky kind of politics associated with THE EIGHTY-ONE PERCENT!!!

The problem here, aside from the shell game of politics and theology, is timing. When Keller adopted evangelicalism as his identity, did he really not know that Billy Graham, the poster-boy for post-World War II neo-evangelicalism and a board member at Keller’s seminary, Gordon-Conwell, had conducted religious services in the White House for Richard Nixon? Here is how Kevin Kruse described the first service in 1969 conducted at the White House’s East Room:

As large portraits of George and Martha Washington looked on, Nixon strode to the podium, welcomed the assembled to “this first worship at the White House” and invited up his “long-time personal friend.” Graham graciously returned the compliment, using the president’s inaugural address as the basis for his remarks. He urged the country to heed Nixon’s warnings about the “crisis of the spirit” that was sweeping across college campuses and asked God to guide the administration as it deal with that problem and others. When the service concluded, White House waiters ushered guests into the State Dining Room for coffee, juice, and sweet rolls. [250]

This was seven years before Time magazine declared 1976 to be the “Year of the Evangelical,” thanks in part to Jimmy Carter’s openness about being born-again and running for POTUS. Well before Trump, evangelicals and politics went hand in hand.

And well before Keller’s essay, The New Yorker knew about Billy Graham’s availability to Presidents but refused to suggest anything was amiss when the evangelist favored the right kind of POTUS:

Billy Graham’s final crusade had reached the midway point, on a sweltering evening last June in Flushing Meadows, when things took an unexpected turn. Graham, now eighty-six and using a walker, had slowly made his way to the pulpit, aided by his oldest son, Franklin. As the crowd of eighty thousand, seated on folding chairs, awaited his sermon (on the subject of making bad choices), Graham glanced across the platform and acknowledged his special guests, Bill and Hillary Clinton. “ They’re a great couple,” Graham told the crowd. He then recalled a remark he’d once made about the Clintons when they were in the White House. “I felt when he left the Presidency he should be an evangelist, because he has all the gifts—and he’d leave his wife to run the country.” At this, Hillary turned to her husband and slapped him a high five.

Bill Clinton joined Graham at the pulpit, and, taking his hand, he said, “What an honor it is to be here as a person of faith with a man I love and whom I have followed. He is about the only person I know who I’ve never seen fail to live his faith.”

Today a story in the New Yorker might raise questions about where Clinton put his hand, but back in 2005, not so much.

On the subject of Franklin Graham, however, the New Yorker was less glowing:

For Franklin Graham, sitting next to Hillary on that hot evening in Flushing Meadows, hearing his father and the former President exchanging praise must have stirred some discomfort. He had unreservedly condemned Clinton’s liaison with Monica Lewinsky, summoning the Old Testament example of David’s carrying on with Bathsheba, and the wrath of God it had produced. “Mr. Clinton’s months-long extramarital sexual behavior in the Oval Office now concerns him and the rest of the world, not just his immediate family,” Franklin wrote in a 1998 opinion article published by the Wall Street Journal. “If he will lie to or mislead his wife and daughter, those with whom he is most intimate, what will prevent him from doing the same to the American public?”

Talk about ironies. Now the New Yorker is much more inclined to take Billy’s son’s side on Clinton’s dalliance with Monica even while publishing pastors who try to disassociate themselves from THE EIGHTY-ONE PERCENT!!!

Don’t let the eggnog keep you from noticing the bait-and-switch out there. The journalists and preachers who like to think of themselves as prophetic are not keeping their eyes on the bouncing balls. But you can! 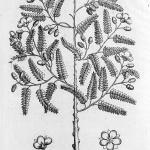 December 19, 2017
Evangelicalism Is a Subset of Protestantism
Next Post 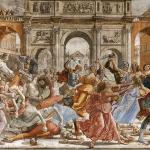 December 29, 2017 What Christmas Gets Wrong
Recent Comments
0 | Leave a Comment
"Not any of that is true."
Roger McKinney What Is Wrong with David French?
"just out of curiosity, who are the anti-Christian scientists you're talking about?I was raised Mormon ..."
Saltyhills Thinking Theologically with David French (about ..."
"Our creeds say nothing about Jesus and his teachings of the Kingdom of God.The ethical ..."
james warren Nicene Creed without Passive Voice
"It would be wonderful if we contacted aliens and found they were fundamentalists! French’s worst ..."
Roger McKinney Thinking Theologically with David French (about ..."
Browse Our Archives
get the latest from
Putting the Protest in Protestant
Sign up for our newsletter
POPULAR AT PATHEOS Evangelical
1

Why Churches Go Woke: They Deny...
The Chorus In The Chaos
Related posts from Putting the Protest in Protestant