He may not be a familiar name now, though the recent controversy over Pius IX’s abduction of Mortara kicked up by First Things’ review of the pope’s memoirs has brought the name back to life (and Steven Spielberg’s plans to make a movie of the affair could even turn Mortara’s name into a household one). I became fascinated by the story so well told by Brown University historian, David Kertzer, that I wrote about it over four years ago, well before the First Things dust up:

David I. Kertzer’s book> on the amazing case of a little Italian Jewish boy abducted by the authorities of the Roman Inquisition (if no one expects the Spanish Inquisition, how much more surprising the Roman Inquisition) is a page-turner, filled with intrigue, personal and political. It was such an absorbing narrative that movie moguls had planned to turn the story into a film, starring Anthony Hopkins as pope Pius IX (Pio Nono) and Jauvier Bardem as Momolo Mortara, Edgardo’s father.

In some ways it was a small story about a single Jewish family’s experience with the papacy’s temporal rule within the Papal Legations. Canon law confined Jews to ghettos, which is where the Mortaras lived in Bologna. Canon law also specified that Christians should not interact with Jews, nor should Jews employ Christian girls as servants. Here the Mortaras (along with most Jews and Italian Christians) looked the other way and this is where the family’s son became vulnerable. For canon law also specified that a Christian of any rank, from humblest servant to noblest Cardinal, should baptize an infant in near-death circumstances, even against the will of parents. The Mortaras’ servant in 1852 baptized the infant Edgardo when she thought he was going to die. He survived. Canon law also stipulated that by virtue of baptism a person was a Christian and forbade Christian children from being reared by non-Christian parents. Consequently, in 1858, when the Roman Inquisition learned of a Christian child in a Jewish home, authorities instructed the papal police to take Edgardo (age six) from his parents and rear him in a home for catechumens.

Edgardo’s parents’ lives were never the same. Momolo, the father, spent the rest of his life trying by every legal means to recover his son. This meant neglecting his business and depending on charity. The international Jewish community rallied to the Mortaras for both humanitarian and political reasons. Momolo spent almost the last year of his life in prison and on trial, accused of of murdering another Italian Christian servant girl. Kertzer argues convincingly that the death, for which Momolo was found not guilty, was actually a suicide. But thanks to the anti-semitism that prevailed in Christendom, authorities were more inclined to attribute the death to Momolo than to the deceased Italian Christian. Only a month after being freed from prison, Momolo died of natural causes, the unnatural end to an unbelievably tragic life. I would have paid $9 gladly to see Bardem portray this tragic figure.

But the case of Edgardo Mortara took on international significance – not only among Europe and North America’s Jewish communities – but among Europe’s rulers because it exposed the illiberal and pre-modern character of papal rule in a sizable portion of what would become the nation of Italy. For instance, Napolean III in France, who provided military protection to a fairly weak papal regime (at least in the temporal realm), wanted to see Jews in Italy receive the rights of citizens – you know, Liberty, Equality, Fraternity don’t exactly square with Jewish ghettos and forced evangelistic sermons that church law required Italy’s Jews to hear every Sabbath after attending synagogue (often the priests would use the text expounded earlier by the rabbi). Meanwhile, France and Austria had holdings in Italy that Italians wanted for their own nation. As a result, the case of Edgardo became a crucial episode in the unification of Italy (1870). If the papacy could lose its temporal power, then occupying foreign forces would lose some of their reason for rule in Italy and then perhaps the people of Italy could achieve a unified nation.

But Pius IX, who still holds the longest tenure of any pope, and who started his tenure in 1846 with sympathies for republicanism, dug in his heels and became one of the Vatican’s most conservative figures. The revolutions of 1848 spooked him. Out went thoughts of political liberalization and in came a vigorous assertion of papal authority (both temporal and spiritual). Pio Nono would not even consider giving up Edgardo to his parents (despite all sorts of circumstances that suggested the servant girl had made up the story of the boy’s illness and baptism). With papal rule crumbling and Pius’ political allies unwilling to prop up the papacy one more time, the pope made Edgardo a special case and adopted the boy as a ward of the papacy.

It is a story ripe for the big screen.

At the heart of the controversy then and the one stirred up by First Things is papal authority and infallibility. Rusty Reno tries to explain the importance of the book his magazine reviewed this way:

My purpose in bringing this episode forward was to confront us with the daunting force of God’s irrevocable decrees.

That force is not always happy, at least as we count happiness in our finite, mortal frame. It drove Pius to his ill-considered decision. But even when we avoid his errors, we must face the implacable truth that God’s covenant with us establishes realities that we cannot redirect or reshape as we wish.

The thing is, what drove Pius was not merely the antagonism between God’s commands and the fallen circumstances in which all Christians live. The pope as official is not like Reno or me. He is God’s appointed authority on earth who also makes God’s ways known to man by interpreting divine revelation and handing down authoritative tradition. I don’t believe that but the pope for Roman Catholics is no ordinary Christian. Their communion depends in some very important sense on what the pope says and does. As such, Pius was no an example of a Christian living with the pluralism that modernity throws at us. The Mortara case was actually an instance of the Roman Catholic church digging in its heels, as the most significant vestige of the medieval era, at odds with the modern world. And Pius made that opposition explicit in his Syllabus of Errors, which condemned almost all parts of what we know today as liberal society. Abducting Edgardo Mortara was simply icing on the cake, only six years before the Syllabus.

That papal authority is also very much a challenge for Roman Catholics who want to know what Pope Francis really means in his recent encyclical on marriage, Amoris Laetitia. Here we have another case of church teaching at odds with modern understandings of marriage and a pope not laying down the law but trying to accommodate liberal society. And yet, Roman Catholics are still in a bind between what popes do and the freedoms of modern society. Phil Lawler explains the dilemma:

But let us suppose, just for the sake of the argument, that the Pope’s supporters have good reasons for their suspicions. Let us suppose that critics of Amoris Laetitia aren’t really confused by the document, but in fact disagree with its teaching. If that were the case, then how would honest, loyal Catholics express their disagreement with the Holy Father? Again I can see a couple of possibilities:

The critics might say: “I disagree with the Pope. He is wrong; his argument contradicts the permanent teaching of the Church. I will not accept his authority.”

Or they might say: “I cannot believe that the Holy Father really means what he seems to be saying, since his argument appears to contradict previous Church teaching. I am confused. I wish he would clarify.”

Which of those two approaches would show greater respect for the Petrine office and the teaching magisterium?

Just as the reviewer for First Things has to explain the plausibility of Pius’ decision about Mortara, so modern Roman Catholics need to show respect for and adhere to what the pope determines since his teaching represents the church’s relationship to the wider world.

Rod Dreher has been shocked by the case of Mortara but he is still friendly to Roman Catholic critics of liberalism like Patrick Deneen:

It has been observed many times that liberalism is mostly a secularized version of Christianity; there’s a lot of truth to that. As I read Why Liberalism Failed, I take Deneen as saying that liberalism had to fail because at its core it stands for liberating the individual from an unchosen obligation. Ultimately, it forms consumers, not citizens.

What Dreher does not acknowledge is that liberalism had to succeed if only because the papacy and all other instances of divine-right monarchy subjected individuals like the Mortara family to authority that in sinners’ hands was going to be arbitrary and tyrannical. Liberalism arose in part to liberate the Mortaras from the coercive powers of established religion (whether Roman Catholic or Protestant). Modern society sure may overreach. But the solution to liberalism’s excess is not a return to the papal states or the Christian society over which popes prevailed. 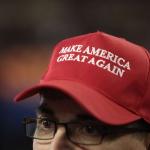 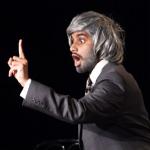 January 16, 2018 Why Are Christians Obsessed with Sex?
Recent Comments
0 | Leave a Comment
Browse Our Archives
Related posts from Putting the Protest in Protestant