Life is Complicated but Evangelicals are Simple?

This is a follow up to the recent post about the multiple levels of President Trump’s appeal not simply to evangelicals but to Americans who are not born again. The point there was that people vote for a variety of reasons. People act for a variety of reasons. Ergo: reducing a vote or an act to a strain of belief is like a fundamentalist who concludes that an expression of art that has a whiff of nudity is sinful. Maybe more is going on in Michaelangelo’s David than a Charlie Roselike come on.

This points to a persistent problem in film histories. The tendency is to treat religious faith primarily as a social identifier, with the result that scholars often overlook or minimize its distinct influence, and even miss important connections among various players. MPPDA (Motion Picture Producers and Distributors Association) executives Carl Milliken, Francis Harmon, and Arthur DeBra, for example, all had close church affiliations, but are not usually identified as being Protestant. Protestantism is laced with a bewildering array of sometimes conflicting and even contradictory beliefs and valued. It is too easy to view this diverse religious community as homogeneous, mistaking particular individuals or groups as representative of all Protestants. On the other hand, being mindful of the varieties of Protestantism can also make it difficult to generalize and draw clear conclusions; a measure of ambiguity is unavoidable.

As if the critics of THE EIGHTY-ONE PERCENT(!!!) see any ambiguity among evangelicals. Lots of hypocrisy but not much complexity.

To further complicate things, Protestantism has historically been identified so closely with American culture as to blur its internal distinctions and conflate the religious with the secular. . . . Protestants not only served in churches, denominational and parachurch organizations, but on city, state, and federal legislatures and judiciaries, censor boards, civic organizations, newspaper and magazine staffs, university faculties, industry trade groups, film companies, and even the Motion Picture Association. As individuals, their religious faith might have been vital, irrelevant, or perhaps an “afterimage,” an indelible imprint on their thinking whether or not they were conscious of it. Progressive activist Frederic Howe, for example, discarded “the evangelical religion” of his upbringing, but remained wed to its moral vision, sense of duty, and the value of personal sacrifice, which he believed were “the most characteristic influence of my generation.” As a category, then, Protestant includes a wide range of people who can be grouped in different ways. (Reforming Hollywood, 7-8)

Unlike Romanowski’s recognition that faith is not a single influence on a person’s life but rather interacts with the multitude of interests and responsibilities (some good, some bad, some well understood, some confused), the analysis of evangelicalism currently by pundits, scholars, and critics (many of whom think themselves smart) reduces people to one dimension. These same people, generally on the right side of history, would never be so simplistic about terrorism, the Vietnam War, or Lena Dunham. But when it comes to evangelicals, many Americans are finding their inner fundamentalist. 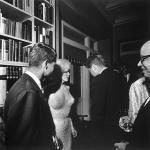 January 23, 2018
Trump is Perfect for Evangelical Political Analysis
Next Post 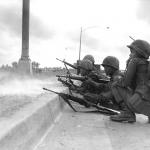