This may sound like a broken cd, but some of us (mainly confessional Protestants — those like Reformed, Lutherans, and Anglicans, who receive and affirm the confessions of the sixteenth-century communions) have been saying for a while that evangelicalism itself for a while has been broken. It was even a construction of post-World War II Protestantism to unite churches and believers outside (or ambivalently within) the mainline denominations (read: liberal) for common action — including witness to the gospel and speechifying about the nation. But thanks to the EIGHTY-ONE PERCENT!!! more people are willing to consider the limits to evangelicalism’s usefulness. They even wonder about evangelicalism as something that can bear the weight of personal identity.

The problem is that evangelicalism was never thick, as for instance Rod Dreher of the Benedict Option has it:

According to Dreher, our best hope for standing firm in the face of this cultural tsunami is “to form stronger, thicker communities based on a commitment to virtue.” These communities will take on diverse forms depending upon the unique circumstances in which they take root. The key will not be to fit a predetermined, cookie-cutter pattern of life. Rather, such communities will be Benedictine, according to Dreher’s understanding of the term, to the extent that they foster genuine economic solidarity and enable the transmission of Christian culture, both of which will be the natural outworking of shared convictions about God and God’s activity in the world.

I have no idea what economic solidarity means for anyone not on the inside of a monastery. But what about doctrinal, liturgical, or devotional solidarity for evangelicals? Not gonna happen. Evangelicals have affirmed at best a shortish list (anywhere between 9 and 13 statements) of doctrines. For Lutherans or Reformed who want their own creeds, evangelicals say those long sixteenth-century confessions are sectarian. Too much detail that does not unite but divides. As for liturgy, thanks to evangelicals, Praise & Worship worship won the worship wars, even though it’s getting a little stodgy (when you see aging women still raising their hands the way they did in their twenties). And for devotion, evangelicals may be people of the book (the Bible), but their piety is all over the place after starting with personal experience (Jesus in my heart).

If Rod Dreher hopes evangelicalism can find its thicker self, he’s going to turn blue holding his breath.

Some evangelicals would have us believe that the leaders who backed Trump and Roy Moore are to blame for selling the movement’s legitimate birthright. In another post, Dreher quotes Mark Galli, the editor of Christianity Today:

The Christian leaders who have excused, ignored, or justified his unscrupulous behavior and his indecent rhetoric have only given credence to their critics who accuse them of hypocrisy. Meanwhile the easy willingness of moderate and progressive Christians to cast aspersions on their conservative brothers and sisters has made many wonder about our claim that Jesus Christ can bring diverse people together as no other can.

The thing is, evangelicalism by its very nature has making excuses at its core. To include a large number of disparate Protestants, you need to overlook differences — like the sacraments, like teaching about salvation and worship, like whether or not ordination matters. Those differences may not rise to the level of “unscrupulous” or “indecent.” But if you are a Lutheran or Reformed Protestant who takes seriously the Lord’s Supper, infant baptism, and who gets to be pastor, and then you see evangelicals being indifferent to those matters, do you really have confidence in born-again Protestants’ ability to see what’s important in the Christian faith? In other words, can Galli really be surprised that evangelicals now overlook in the realm of morals and manners what they have ignored in the realm of theology and worship?

Evidence of a failure to pay attention is the idea that Jim Bakker, of PTL fame, was by common parlance an evangelical, as the new book by John Wigger indicates. A lesson Tim Challies draws from the book is this:

it shows the utter odiousness of the prosperity gospel. And perhaps this was one of my most unexpected takeaways. I hate the prosperity gospel and hate how it bilks the masses out of their hard-earned money. But what this book shows is how it also corrupts those who receive the money, giving them license to waste it just as quickly as it pours in. Wigger shows that the construction of their massive Heritage USA theme park reflected a prosperity gospel mentality that set aside reason and accountability in favor of an irrational trust in divine provision.

Wigger’s book teaches another lesson. If Jim and Tammy Fay Bakker were so odious in their presentation of Christian stuff, why didn’t evangelical leaders hold a synod and ban them from the movement? Has evangelicalism, in fact, ever excluded persons from its ranks?

The right answer is no, and the plausible explanation is this: if you are trying to include as many Christians as possible (even members of liberal Protestant churches), you don’t have it in tool box the wrench of exclusion.

That results in thin, not thick, Christian identity. 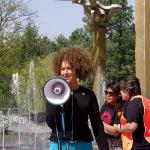 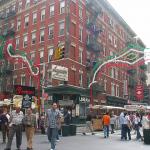 January 6, 2018 Thick Roman Catholicism?
Recent Comments
0 | Leave a Comment
Browse Our Archives
get the latest from
Putting the Protest in Protestant
Sign up for our newsletter
POPULAR AT PATHEOS Evangelical
1