When Religious Historians Get Religion

Remember the good old days when historicism taught us that fundamentalists were sort of silly and backward to think truth was objective, or that the details of the Bible were actually correct and true? The results of biblical criticism and modern understandings of history showed that treating the Bible as God’s word was wrong. It was, more accurately, the reflections of really pious people who set down their religious ideals in stories and teachings that were fine in their own time but hard to square with modern awareness of how the world works. So the virgin birth of Christ could not be true in a scientific or natural sense but metaphorically it could point to a higher ideal about Christ’s worth as a really, really, really important religious figure. On the doctrinal side of things, the vicarious atonement might be a little to gory for modern temperaments — would a loving God really require the death of his son to atone for the sins of the world? Better to take the atonement as an example of the kind of self-sacrifice that all Christians should practice.

In other words, the Bible shouldn’t be taken literally. For it to have leverage with modern people we need to read the subtext of Scripture, to understand its true teaching and guidance.

Molly Worthen recently described this outlook on Scripture as a product of reading the Bible scientifically:

Of course conservative evangelicals are insisting that Paul’s rules about women should apply for all time. Of course they think that the Bible is a timeless authority that has no mistakes in it. The truth is that inerrancy, as many activists in the Christian right and evangelicals more broadly speaking have come to understand it, has a more recent origin. . . .

They did their best to design this kind of scientific theology that spoke in terms recognizable to that milieu to try to defend the Bible’s perfect authority not just on matters of salvation, but on every scientific and historical fact from the scope of the flood to the tiniest details of Ancient Israel’s politics and certainly on the matter of Paul’s teachings on gender roles.

By the time we get to the mid-19th century, we have theologians in this tradition talking about the Bible as a storehouse of facts, a storehouse of facts. That is such an interesting way to describe scripture. Now, I want to note something very important. This view of the Bible as an unchanging document, as a science textbook did not speak for all conservative Protestants. Historically, evangelicals have had many different ways of understanding the Bible’s authority.

The irony of our current political and religious climate is that historians who study evangelicalism and who fault these Protestants for their hypocritical attachment to Donald Trump wind up treating the Bible as a timeless document in its own right, just the way the old fundamentalists did.

Worthen herself seems to fall into this inconsistency when while talking about evangelicals’ failure to support government welfare programs:

In the Gospels, Jesus seems to have a lot of concern for the poor, right? He tells his disciples to give to the poor. He says invite the poor to your feasts.

And so, for many liberal Christians and secular folks, it seems like this ought to translate into Christians supporting progressive taxation and expanding public welfare.

Why take Jesus literally there but not Paul on original sin or the atonement? Jesus’ words seem to have a timeless quality at times for those wanting moral leverage in political or social debates.

The same problem was evident when Alexandra Petri mocked Family Research Council’s president, Tony Perkins, for not taking literally Jesus’ instruction to turn the other cheek. She advised re-writing several of the beatitudes from the Sermon on the Mount, like this:

. I will be the greatest president God ever created.

Petri adds, “I always used to think that the Bible was more than a book of increasingly mean excuses for refusing to bake someone a wedding cake, but maybe I have an older edition.” That’s a clarification that once again attributes a timeless quality to the Bible, one that mainline Protestants frittered away when they saw Scripture as at least as human as it was divine.

Petri may be forgiven since she is not a religious historian, but what should we make of Matthew Sutton’s assessment of Billy Graham?

Graham had the opportunity to lead fundamentalists into a new era. He could have pushed them to take social reform seriously as a God-given mandate to save the world from environmental destruction. He could have tackled racism, America’s original sin, by championing the federal government’s aggressive civil rights policies.

But he squandered it. He could not overcome the speculative end-times schemes of his cohort of evangelicals, with their anti-government hostilities.

Graham had good intentions, as his work desegregating his crusades demonstrated. But when his influence really would have counted, when he could have effected real change, real social transformation, he was too locked into last-days fearmongering to recognize the potential of the state to do good. We are all paying the price.

Okay, Sutton does not employ the Bible as a standard to judge Graham. No. He invokes a “divine-right” mandate on the environment and civil rights. If Sutton doesn’t go to the Bible for divine mandates, is he invoking papal authority or the teachings of the Roman Catholic magisterium? Or could it be he has his own ideas about government policy that wind up qualifying as “God-given”?

But to use the arguments employed against fundamentalists too deeply attached to ideas about biblical infallibility and objective truth, why isn’t Professor Sutton merely a product of his time and place, whose claims about truth have no more weight than Al Mohler‘s because we are all creatures shaped by history and cannot escape the limitations of human knowledge? In other words, we are all locked in a world of uncertainty.

I thought religious historians knew that. But I guess they know better. 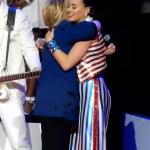 February 21, 2018
If Evangelicals Voted for Hillary They Would Still be Hypocritical
Next Post 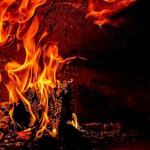