Some call it confirmation bias, others wishful thinking.

Confirmation bias (link is external)occurs from the direct influence of desire on beliefs. When people would like a certain idea/concept to be true, they end up believing it to be true. They are motivated by wishful thinking. This error leads the individual to stop gathering information when the evidence gathered so far confirms the views (prejudices) one would like to be true.

It even extends to Billy Graham. Lyz Lenz thinks the bad form of contemporary evangelicalism was the fault of the most popular evangelist EH-VEH!

World-famous evangelist Billy Graham died on Feb. 21, 2018. In the wake of his passing, there will be a grappling with and a whitewashing of his legacy ― his spiritual advisement to every president from Eisenhower to Obama and his loathsome attitudes toward LGBTQ people, for instance. But it’s also worth noting that the toxic brand of evangelicalism that has kneecapped American politics, the full merging of patriotism and Christianity, would not have been possible without Graham’s relentless pursuit of civil religion.

Graham’s rise came hand-in-hand with the presidency of Dwight D. Eisenhower. Both men had one mission: get people into pews. For Eisenhower, it was pragmatic. America was now at war with communism, which was perpetuated by atheists. Americans could differentiate themselves from the godless hordes by exercising their freedom of religion. In a speech given after the testing of the first H-bomb, Eisenhower exhorted Americans, “If there is no religious faith whatsoever, then there is little defense you can make of a free system.” Right before taking office, Eisenhower declared, “Our form of government has no sense unless it is founded deeply in religious faith, and I don’t care what it is.” Eisenhower’s dictum was taken up by Graham, and soon going to church was more than just something for the religious, it was part of being a good American.

Without Pope John XXIII, there would have been no Second Vatican Council, no quick walk for the Catholic Church into the modern world.

Without Dalai Lama Tenzin Gyatso, Tibetan Buddhism would be a shadow of its present self, a disappearing tradition of interest mostly to academics.

So what about that other great 20th-century religious figure, Billy Graham? What would our world be like without him?

Graham burst onto the national scene after World War II to revive a tradition of urban mass revivalism that had petered out with the 1925 Scopes monkey trial. Although his background was fundamentalist, he became the Galahad of its kinder, gentler postwar incarnation, Neo-evangelicalism.

As a revivalist, he cast himself more in the mold of irenic Dwight L. Moody than of hard-edged characters like Charles Grandison Finney and Billy Sunday. He was, early on, denominationally inclusive; and moderate on race when that wasn’t easy for a Southern Baptist.

. . . Long story short, Graham made Evangelical Protestantism safe for the world, and in the process played the central role in a development that none of the experts expected — its return to prominence in our religious culture.

Whom do you believe? Chances are it depends on your bias. 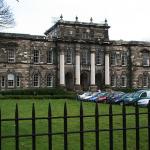 March 12, 2018
How Much do Christians Care about Theology (and should they)?
Next Post 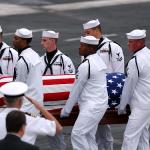 March 16, 2018 Would You Die for the Nation?
Recent Comments
0 | Leave a Comment
Browse Our Archives
Follow Us!