John Fea reminds (as is his wont) of the hypocrisy of evangelical Trump supporters, this time by recovering Franklin Graham’s condemnation (in the Wall Street Journal!!!!) of Bill Clinton’s “private sins”:

Few people have lived a more public life over the past 50 years than has my father, Billy Graham. I can assure you that the Billy Graham you see in public is the same one we children have seen at home. He has spent a lifetime making sure that his public ministry is confirmed in his private behavior.

The topic of private vs. public behavior has emerged as perhaps the central moral issue raised by Bill Clinton’s “improper relationship” with Monica Lewinsky. Much of America seems to have succumbed to the notion that what a person does in private has little bearing on his public actions or job performance, even if he is the president of the United States.

But the God of the Bible says that what one does in private does matter. Mr. Clinton’s months-long extramarital sexual behavior in the Oval Office now concerns him and the rest of the world, not just his immediate family. If he will lie to or mislead his wife and daughter, those with whom he is most intimate, what will prevent him from doing the same to the American public?

Private conduct does have public consequences.

John adds that Graham is not the first Trump defender to “to forget about what he said in 1998.”

What John may also forget is the heat that folks like Graham took for injecting morality into politics. Anyone remember what Andrew Sullivan wrote for the New York Times about the religious right who inspired Ken Starr’s investigation twenty years ago?

Bill Clinton was responsible for none of the prurient, lip-pursing moralism of the report, nor for the subsequent, egregious outspilling of grand-jury testimony. Proof of perjury or obstruction of justice required none of this, as most Americans immediately understood. This moral obsessiveness was the creation of Kenneth Starr and something far larger than Kenneth Starr. It was the creation of a conservatism become puritanism, a conservatism that has long lost sight of the principles of privacy and restraint, modesty and constitutionalism, which used to be its hallmarks.

This scolding, moralizing conservatism is one with a lineage; it is the construction of a cadre of influential intellectuals who bear as much responsibility as anybody for the constitutional and cultural damage this moment may have already wrought. And they will bear an even greater responsibility if the ultimate victim of this spectacle is the reputation and future of conservatism itself.

The Lewinsky Kulturkampf, after all, did not come out of nowhere. Since the implosion of Reaganism during the Administration of George Bush, and the evaporation of anti-Communism with the collapse of the Soviet Union, American conservatism has been in a period of radical intellectual reconstruction. . . . What is galvanizing the right-wing intelligentsia at century’s end is a different kind of conservatism altogether: much less liberal, far less economic and only nominally skeptical of government power. It is inherently pessimistic — a return to older, conservative themes of cultural decline, moralism and the need for greater social control. As much European as American in its forebears, this conservatism is not afraid of the state or its power to set a moral tone or coerce a moral order. A mix of big-government conservatism and old-fashioned puritanism, this new orthodoxy was waiting to explode on the political scene when Monica Lewinsky lighted the fuse.

But how did that go over? Sullivan certainly didn’t approve, nor his editors at the Times. And I bet that many of the people today who dwell on evangelicals’ hypocrisy weren’t thrilled with what Franklin or others in the religious right were saying about Clinton.

I see Graham’s hypocrisy. And I’ll raise John’s ability to spot hypocrisy. Why doesn’t he see the hypocrisy of the condemnations of evangelicals — his own tribe?

The outrage over evangelical hypocrisy is fake. Or maybe, it’s just a case of cosmic divergence. Maybe in another twenty years, Sullivan and Graham will be on the same page and John Fea will still be blogging about it. 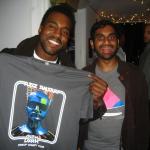 May 9, 2018
France Does Not Have This Problem (which may not be a good thing)
Next Post 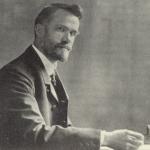 May 15, 2018 If Politics Undermines Theology, Why Is Your Theological Affirmation So Political?
Recent Comments
0 | Leave a Comment
"No one heard that and he never implied it."
Roger McKinney Politics and not Religion
"At the same time, of course, some portion of the white Evangelical community heard Trump ..."
swbarnes2 Politics and not Religion
"Democrats vote Democrat no matter who the party nominates. Republicans do the same. The largest ..."
Roger McKinney Politics and not Religion
"If only more people knew more about Hillsdale College and how it also serves like ..."
Mark Mcculley Jerry Falwell Jr., We Never Knew ..."
Browse Our Archives
get the latest from
Putting the Protest in Protestant
Sign up for our newsletter
POPULAR AT PATHEOS Evangelical
1