Has President Trump Turned Evangelicals (the 19%) into Fundamentalists?

Last week I had a brief exchange with Heath Carter about the limitations of George Marsden’s off-the-cuff definition of fundamentalism — namely, an evangelical who is angry.

George Marsden’s point about fundamentalism was that Protestants who qualified as such were not all that different from evangelicals. Both groups shared the same beliefs, such as inerrancy, Christ’s second coming, the virgin birth, etc. But fundamentalists were militant about some or all of those religious convictions. Such militancy meant becoming angry at someone who seemed to abandon or go soft on a core belief. The classic example of the distinction was Billy Graham’s 1957 crusade in New York City. Until then, Graham had support from most of the conservative Protestant world. But when he determined to cooperate with liberal or mainline Protestant churches in the metropolitan area, the first time for Graham, fundamentalists like Bob Jones withdrew their support. That division was the touchstone for distinguishing an evangelical from a fundamentalist. Graham was kinder and gentler than Jones who was still angry about modernist Protestantism in the mainline denominations.

Now fast forward to 2017 when a lot of evangelicals have not exactly been kind or gentle about the “evangelicals” who voted for Donald Trump in the 2016 presidential election. I think it is fair to say that some of the reactions to Trump voters have been angry. In which case, my question: if an evangelical becomes angry at another Protestant who voted for the wrong candidate and is in the habit of drawing attention to the error and hypocrisy of those voters, isn’t that kind of reaction similar to the anger associated with fundamentalism?

Of course, the idea that only fundamentalists become angry is on its surface silly. Most human beings, owing to the fall, get angry at something. So setting up evangelicals as if they are free from anger about defections from the true faith is unrealistic.

At the same time, Marsden’s distinction did seem to belittle fundamentalists, as if those matters about which fundamentalists became angry were inconsequential. They were, implicitly, making mountains out of mole hills. If only fundamentalists were as wise and astute in their understanding of Christianity as evangelicals, they wouldn’t get angry. In other words, angry fundamentalism was a form of evangelicalism that went awry. Conversely, evangelicals had the good sense to understand the faith and resist the temptation of judgmentalism.

With that sort of qualification, someone could well argue that evangelicals angry at evangelical Trump voters are well within their rights to be angry. Let’s call it righteous indignation. When something is so wicked or wrong, it demands denunciation. On the flip side, why doesn’t that same logic apply to fundamentalism? Weren’t those conservatives indignant about significant defections of the faith that Billy Graham seemed to ignore by cooperating with mainline Protestants?

That may leave us with the squishy compromise: righteous indignation is in the eye of the beholder.

Either way, the distinction between fundamentalism and evangelicalism will not go away. In a recent review of Adam Laats’ book on evangelical higher education, Barry Hankins observes that by one standard — theater — Bob Jones was more worldly than Wheaton College:

Wheaton forbade drama productions until late in that decade, while Shakespearean plays have been central at Bob Jones University since the school’s inception. One might write this off as something peculiar to Bob Jones—but the peculiarities are part of Laats’s point. As he puts it, “In every case these idiosyncrasies of the 1920s continued to inform fundamentalism at its leading college.”

And then we have Jimmy Carter, an evangelical, giving the commencement address at Liberty University, a fundamentalist school. To make matters even more poignant, Jerry Falwell, Jr. is one of the most prominent “evangelical” defenders of President Trump. As William Ringenberg wrote for Christianity Today:

To work cooperatively with a broad range of evangelicals in achieving common evangelistic and social justice goals would not normally be difficult for Carter.

By contrast, fundamentalists, almost by definition, are more or less separatists. But Jerry Falwell Sr. modified that separatist mentality by entering the political arena as the founder of the Morality Majority, which set out to influence the conservative social agenda.

What would really help in identifying Protestants is ecclesiology. You belong to a communion and that is your stripe of Christianity — independent, megachurch, Pentecostal, Presbyterian, Baptist, etc. But in a world of lumping Protestants either for religious and political causes, or to make reporting and scholarship easier, anger may have to suffice. 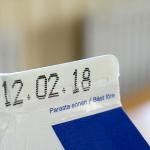 May 17, 2018
Who Would Have Thought the Shelf Life on Richard John Neuhaus' Legacy Would Be This Short
Next Post 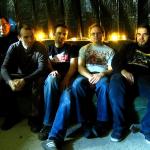 Get Ready for a "Hell of...
Cranach
Related posts from Putting the Protest in Protestant