Justin Taylor recalls the prayer that FDR prayed on D-Day seventy years ago:

Almighty God: Our sons, pride of our Nation, this day have set upon a mighty endeavor, a struggle to preserve our Republic, our religion, and our civilization, and to set free a suffering humanity.

Lead them straight and true; give strength to their arms, stoutness to their hearts, steadfastness in their faith.

They will need Thy blessings. Their road will be long and hard. For the enemy is strong. He may hurl back our forces. Success may not come with rushing speed, but we shall return again and again; and we know that by Thy grace, and by the righteousness of our cause, our sons will triumph.

They will be sore tried, by night and by day, without rest-until the victory is won. The darkness will be rent by noise and flame. Men’s souls will be shaken with the violences of war.

The prayer suffers from civil religion, according to Taylor: “The problematic aspect for traditional Christians is the use of Christian-sounding, King James Version-type of rhetoric in a prayer that has no specifically Christian doctrine.” But the president benefited from “moral clarity”:

America in 1944 was hardly perfect, with its still-segregated military and a variety of other problems. But that prayer for God to help the Allies conquer the Nazis, the “apostles of racial arrogancies,” speaks to the clarity of purpose behind the D-Day invasion.

What Taylor leaves out is that Woodrow Wilson, the man who made idealism a trademark of U.S. foreign policy, also used moral clarity to inspire Americans to fight Germany and the authoritarian Kaiser. America’s moral superiority, in fact, turned the Treaty of Versailles into a punitive procedure that laid the groundwork for the Nazi’s appeal. As Walter McDougall argues, Wilson moral idealism left him without a plausible plan for restoring peace and stability after the war. McDougall quotes Theodore Roosevelt, sometimes himself prone to “moral clarity,” who said of Wilson that his plans for peace involved abolishing “all armaments by sea and land, and then float to Heaven on one wide slushy sea of universal mush.” [159]

The problem of letting morality dictate policy (domestic or foreign) is that it runs riot over good sense, the kind of judgments needed not to be virtuous but to oil the wheels of society. In another piece on foreign policy, McDougall (arguably one of the best historians of American diplomacy) writes about the dangers of vice and virtue:

Wilson invented nothing: even his League of Nations idea had become commonplace in Anglo-American liberal circles. But he came to personify (hence “Wilsonianism”) the Progressive temptation, which is to hallow the otherwise secular state, declare its purposes righteous, and arrogate to it all power. . . . I am moved to quote another contemporary critic, British philosopher and Christian apologist G. K. Chesterton, who wrote in Orthodoxy (1908) that in the modern world “vices are, indeed, let loose, and they wander and do damage. But the virtues are let loose also; and the virtues wander more wildly, and the virtues do more terrible damage.”

Our enemies are guided by brutal cynicism, by unholy contempt for the human race. We are inspired by a faith that goes back through all the years to the first chapter of the Book of Genesis: “God created man in His own image.”

Cleanse the world of evils (ancient or recent)? That may be a bridge too far.

For that reason, Luther’s prayer for soldiers reflects a better way to regard war and the inability of politicians or general to see a fallen world clearly:

Heavenly Father, here am I by Thy divine will in this outward work and service of my sovereign, as is my duty, first of all to Thee and then to my sovereign for Thy sake; and I thank Thy grace and mercy that Thou hast placed me in this work, where I am sure that it is not sin, but right and an agreeable obedience to Thy will. But because I know and have learned from Thy gracious word that none of our works can help us, and that no one is saved as a soldier, but only as a Christian, neither will I rely upon this my obedience and work ; but I will do it freely in service to Thy will, while believing heartily that nothing but the innocent blood of Thy dear Son, my Lord Jesus Christ, can redeem and save, which He shed for me in obedience to Thy divine will. I stay by this, I live and die by this, I fight and do everything by it ; Dear Lord God and Father, keep and strengthen this belief in me by Thy spirit. Amen. 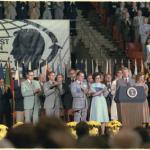 May 30, 2018
Jonathan Merritt Has Some 'Splaining To Do
Next Post 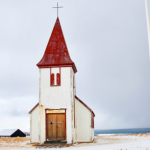 June 7, 2018 Reformed Does Not Equal Calvinist
Recent Comments
0 | Leave a Comment
Browse Our Archives
get the latest from
Putting the Protest in Protestant
Sign up for our newsletter
POPULAR AT PATHEOS Evangelical
1

Can You Be a Baptist and...
Roger E. Olson
Related posts from Putting the Protest in Protestant