Get Rid of the National Anthem?

The antidote to the controversy over NFL players kneeling during the National Anthem may actually be to abandon it altogether. Bill Kauffman explains that the reasons for adopting the song of Francis Scott Key, over a century after its creation, were full of equivocation:

In the slough of the Depression, Herbert Hoover, the humanitarian engineer from Iowa, said that “what this country needs is a great poem. Something to lift people out of fear and selfishness.”

But all the good intentions in the world can’t overcome an engineer’s tin ear. For in that very same year, 1931, President Hoover signed legislation establishing Francis Scott Key’s “The Star-Spangled Banner” as our national anthem.

Key had been an opponent of the War of 1812, which perhaps endeared him to the Quaker Hoover, but his poem can’t hold a sparkler to Katharine Lee Bates’s “America the Beautiful,” runner-up in the anthem sweepstakes. And besides, why does a putatively decentralized republic even have a national anthem?

That question was posed during the anthem debate by Texas Democrat Hatton W. Sumners, who called the measure just another example of “government guardianship of the people everywhere and all the time.” If Americans wish to recite Key’s ditty, he said, “there is nothing to keep them from singing it,” but it ought not to be imposed upon free men and women.

Kauffman adds that the reasons for continuing to sing the Anthem before professional athletic contests are not altogether clear:

What does the anthem ritual mean?

You’ll find no such discussion in the sports media, for no one regurgitates PC platitudes with such dreary regularity as the American sportswriter. I have yet to read, outside the ideological press, a critical word about Colin Kaepernick, the quarterback who took the first knee.

Where have you gone, Dick Young, curmudgeon of the press box of half a century ago? I used to roll my eyes when he’d call Muhammad Ali “Clay” or launch into his literate-loudmouth-on-the-barstool routine, but Lord do we ever need Young-like dissenters in this craven season. Contrarian views are as rare on the sports page in 2018 as scores from the Sri Lanka Cricket League. Hell, the conformist wretches wouldn’t even stray from the party line during Bruce Jenner’s publicity stunt.

None of the sportswriters lauding Kaepernick’s stance have a tenth of his guts; they’d not risk their livelihoods by kneeling. Yet they will not consider that there are reasons for objecting to mass genuflection that have nothing to do with flag-worshipping jingoism.

I’d sit, too, if the anthem represented Lockheed Martin or the U.S. criminal code or the invasion of Iraq.

But for Kauffman the anthem may well mean something entirely different from supporting the military (or even the police, as Beto O’Rourke tried without success to explain):

it doesn’t [represent Lockheed Martin or the U.S. criminal code or the invasion of Iraq] any more than it is the musical embodiment of local police forces, the U.S. Postal Service, or the Department of Motor Vehicles.

In the moment, in the gathering, standing for the song is an affirmation of one’s bond with the immediate community—an act of sodality, of solidarity. It is merely, and fully, a sign of respect for one’s neighbors. To sit or kneel (unless you’re a Jehovah’s Witness) is a sneer and fleer at the people sitting around you. It’s like whipping the bird to the guy in the next seat.

To be sure, nationalistic displays have festered since 9/11. After the terrorist attacks of 2001, Major League Baseball ordered teams to play “God Bless America” during games, and it spread like a pox, even into the lowest of the minors. In many stadia, Irving Berlin’s empty gush has pushed aside “Take Me Out to the Ball Game” as the vocal centerpiece of the 7th-inning stretch.

Similarly, there is nary a professional sports contest in America at which spectators are not requested to stand and applaud members of the military. I like the populist sentiment, which flows from the same source that produces the black POW/MIA flags that fly in unfashionable venues. After all, how often are people of working-class occupations recognized as opposed to scorned or ignored? But come on: maybe government employees, including those in the armed forces, could applaud those of us who pay their salaries? Or better yet, we could all leave our jobs and professional identities behind when we enter the stadium and enjoy each other as compatriots.

To Kaufman’s suggestion that instead of the Star-Spangled Banner we let local options prevail, with San Francisco using “I Left My Heart in San Francisco” or Philadelphia fans singing “Philadelphia Freedom,” I’d counter with, let’s sing all four verses of Key’s song. Here are the three that no one knows:

On the shore, dimly seen through the mists of the deep,
Where the foe’s haughty host in dread silence reposes,
What is that which the breeze, o’er the towering steep,
As it fitfully blows, half conceals, half discloses?
Now it catches the gleam of the morning’s first beam,
In full glory reflected now shines in the stream:
‘Tis the star-spangled banner! Oh long may it wave
O’er the land of the free and the home of the brave!

And where is that band who so vauntingly swore
That the havoc of war and the battle’s confusion,
A home and a country should leave us no more!
Their blood has washed out their foul footsteps’ pollution.
No refuge could save the hireling and slave
From the terror of flight, or the gloom of the grave:
And the star-spangled banner in triumph doth wave
O’er the land of the free and the home of the brave!

Oh! thus be it ever, when freemen shall stand
Between their loved home and the war’s desolation!
Blest with victory and peace, may the heav’n rescued land
Praise the Power that hath made and preserved us a nation.
Then conquer we must, when our cause it is just,
And this be our motto: “In God is our trust.”
And the star-spangled banner in triumph shall wave
O’er the land of the free and the home of the brave! 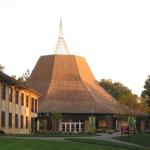 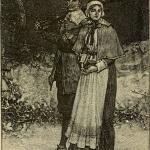 November 7, 2018 Birthright Citizenship is Presbyterian, Opposition is Baptist
Recent Comments
0 | Leave a Comment
Browse Our Archives
get the latest from
Putting the Protest in Protestant
Sign up for our newsletter
POPULAR AT PATHEOS Evangelical
1