When will John Fea turn from David Barton to Michael Gerson?

The column about the wickedness of evangelical support from Trump (if only there were one) is a tad old now (Oct. 1) but it is littered with the sort of historical blunders that professional historians like John Fea regularly fault in David Barton, the Texan with the hat to match who dunks the American founding in the waters of lowest common denominator Protestantism.

It is also common in Christian history. In a variety of political and cultural contexts — under the rule of Constantine, and Charlemagne, and the Romanovs, and Mike Pence — Christian believers have turned to government to protect and further their institutional interests.

Michael Gerson was a speech writer for George W. Bush and I suspect he was glad for evangelicals who voted overwhelmingly for his boss, first against Al Gore and then against John Kerry.

According to the National Election Pool exit poll, Bush received 78% of the vote among white evangelicals, up 10% from 2000, according to Pew’s final pre-election poll that year. (The 2004 exit poll cannot be directly compared with the exit poll in 2000, which did not include a measure of evangelical identification)…. the election underscored the importance of white evangelical voters to the GOP. In 2004, they constituted 36% of Bush voters. By comparison, African-Americans ­ the most loyal of Democratic constituencies ­ constituted only about one-fifth (21%) of Kerry’s voters.

With no exception I can think of, the results of becoming a darling of the king have been damaging to the church. Politicians always end up demanding something — a compromise of principle, a blessing of expediency, or a pardon for wrong. Access and privilege in politics are not free. The point is demonstrated when a pastor praises a president during the same week that thousands of detained migrant children are moved, under cover of night, to a remote detention facility in Tornillo, Texas.

Gerson does not seem to remember when evangelical pastors praised George W. Bush for invading Iraq and capturing Saddam Hussein.

To illustrate how evangelicals sold out to the man, [Charles Marsh] “reread the war sermons delivered by influential evangelical ministers during the lead up to the Iraq war.”

“As if working from a slate of evangelical talking points,” evangelicals—he names Franklin Graham, Marvin Olasky, Charles Stanley, Tim LaHaye, and Jerry Falwell—claimed “the American invasion of Iraq would create exciting new prospects for proselytizing Muslims. … The single common theme among the war sermons appeared to be this: Our president is a real brother in Christ, and because he has discerned that God’s will is for our nation to be at war against Iraq, we shall gloriously comply.”

American history offers a hopeful corrective to this tempting dead end. When the state of Connecticut finally disestablished Congregationalism in 1818, the evangelical pastor and reformer Lyman Beecher was thrown into depression. “It was as dark a day as ever I saw … The injury done to the cause of Christ, as we then supposed, was irreparable.” But his despair was temporary. “For several days I suffered what no tongue can tell for the best thing that ever happened to the state of Connecticut. It cut the churches loose from dependence on state support. It threw them wholly on their own resources and on God.”

The result of disestablishment was a proliferation of healthy, private institutions. “They say ministers have lost their influence,” said Beecher. “The fact is, they have gained. By voluntary efforts, societies, missions and revivals, they exert a deeper influence.”

Gerson conveniently leaves out the part of Beecher’s career when he moved to Cincinnati and wrote A Plea for the West:

But if, upon examination, it should appear that three-fourths of the foreign emigrants whose accumulating tide is rolling in upon us, are, through the medium of their religion and priesthood, as entirely accessible to the control of the potentates of Europe as if they were an army of soldiers, enlisted and officered, and spreading over the land; then, indeed, should we have just occasion to apprehend danger to our liberties. It would be the union of church and state in the midst of us. The church and the state both in Europe, and the pliant colonial church here. Her priesthood educated under the despotic governments of Catholic Europe, and dependent for their office, support and honors upon a foreign temporal prince, on whose sanction to their laws and doings they are as dependent as the colonies were upon George the Third, and this prince, too, elected by Austrian influence and sustained by Austrian bayonets, and of course subservient to Austrian policy: a priesthood not elected by their people, or dependent on them during good behavior, or accountable to them for their deeds, but dependent on a foreign jurisdiction, to subjoin the language of an intelligent American who was in Rome during the deliberations of the conclave respecting the election of the present pontiff.

Should Gerson really be quoting an anti-immigrant and anti-Catholic Protestant as model of correct thinking about church and state? 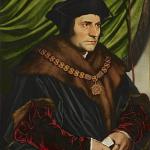 November 19, 2018
How Big is the Current Crisis for Roman Catholics?
Next Post 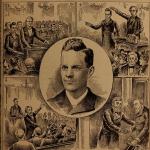 November 26, 2018 Is Evangelical the Only Kind of Protestant?
Recent Comments
0 | Leave a Comment
Browse Our Archives
Follow Us!