No Gospel without Social Injustice

I keep seeing posts or tweets that suggest or even insist that Christianity is 100% behind social justice. This is an odd way for people to think who worship an innocent man (sinless even) executed by Roman authorities on the most shameful of all instruments of punishment that ancients can devise. In other words, the crucifixion was an enormous instance of injustice, social, political, theological, racial (possibly even economic). What prevents Jesus from qualifying on some metrics of intersectionality is that he was male. So there is that. But otherwise, the death of Christ, on which hangs (according to atonement theology) the eternal future of all those Protestants who trust in Christ, was as unjust as it gets.

And now Christians want to be at the forefront of protesting social injustice? They don’t feel a qualm of ambivalence about being adherents of a religion that puts social injustice at the center of its identity?

And it gets worse if you want to go from the significance of the cross to the WWJD side of Protestantism, as in Jesus as a moral example. Consider what Paul writes in Philippians 2:

3 Do nothing from selfish ambition or conceit, but in humility count others more significant than yourselves. 4 Let each of you look not only to his own interests, but also to the interests of others. 5 Have this mind among yourselves, which is yours in Christ Jesus, 6 who, though he was in the form of God, did not count equality with God a thing to be grasped, 7 but emptied himself, by taking the form of a servant, being born in the likeness of men. 8 And being found in human form, he humbled himself by becoming obedient to the point of death, even death on a cross.

Jesus himself, of course, did not lead protests against Roman or Jewish authorities. Sure he gave the Pharisees a hard time and was even evasive with the Roman governor, Pilate. But Jesus was not in the business of social protest. I’m not even sure if he would be on Twitter were he still living on planet earth today. (Of course, Jesus is alive; he’s in my heart.)

So not only does Jesus not provide much of an WWJD model for #woke Christians, but Paul ups the stakes by saying that Christ’s followers should humble themselves the way that Jesus humiliated himself, even to the point of death.

Pardon me if I am wrong, but what I usually hear from faith-based social justice warriors is not humble or willing to follow God’s laws about loving enemies, resisting uncharitable judgments, thinking well of those who hold different views. A lot of social justice warfare does sound Jesus-like, like the bits where Jesus returns to judge humanity and divide the saints from the damned.

Another point to consider about imitating Jesus is Paul knew Roman authorities had committed an injustice in executing Jesus and still wrote Romans 13:

Let every person be subject to the governing authorities. For there is no authority except from God, and those that exist have been instituted by God. 2 Therefore whoever resists the authorities resists what God has appointed, and those who resist will incur judgment. 3 For rulers are not a terror to good conduct, but to bad. Would you have no fear of the one who is in authority? Then do what is good, and you will receive his approval, 4 for he is God’s servant for your good. But if you do wrong, be afraid, for he does not bear the sword in vain. For he is the servant of God, an avenger who carries out God’s wrath on the wrongdoer. 5 Therefore one must be in subjection, not only to avoid God’s wrath but also for the sake of conscience. 6 For because of this you also pay taxes, for the authorities are ministers of God, attending to this very thing. 7 Pay to all what is owed to them: taxes to whom taxes are owed, revenue to whom revenue is owed, respect to whom respect is owed, honor to whom honor is owed.

Imagine a #woke Christian writing that about President Trump or the police department of any major city in the United States. 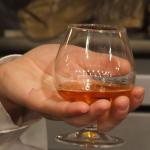 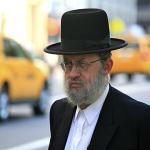 December 6, 2018 What if Christians in the U.S. Sounded Like Jewish Americans?
Recent Comments
0 | Leave a Comment
Browse Our Archives
get the latest updates from
Putting the Protest in Protestant
and the Patheos
Evangelical
Channel
POPULAR AT PATHEOS Evangelical
1