Moral Equivocation with Trump and Lincoln

Michael Sean Winters comes out hard against the contested comments of Ilhan Omar about Israel and its supporters and knows that Democrats can’t attack Republicans for hypocrisy and leave the Congresswoman from Minnesota unscathed:

I can understand people’s frustration with having to call out Congresswoman Omar when we have a racist bigot in the White House. As ugly as her comment was, it was no worse than Trump’s post-Charlottesville comments about “both sides” having “good people” when one side had marched through the streets chanting “The Jews will not replace us.” Good people do not do that. Let us stipulate that the Republicans and Fox News are hypocrites. Is anyone surprised? The willingness of those of us who reject the president’s bigotry to call out a transgression by one of our own shows that liberals are still committed to principles, even if conservatives have sold out their principles to Trump. We aim to be better than Trump. We who call ourselves liberals aim to end bigotry, not stoke it.

Of course, some reports of the president’s remarks (even National Public Radio) after Charlottesville did not construe the president as calling anti-Semites “good people”:

On the day of last year’s Charlottesville rally where a counter protester was killed, Trump made brief public remarks about the incident.

“We condemn in the strongest possible terms this egregious display of hatred, bigotry and violence on many sides, on many sides,” Trump said.

Republican Senator Cory Gardner of Colorado was among those who argued that Trump needed to be more clear about who he was condemning.

“This is not a time for vagaries. This isn’t a time for innuendo or to allow room to be read between the lines. This is a time to lay blame … on white supremacists, on white nationalism and on hatred,” Gardner said on CNN the day after Trump’s initial statement.

In response to the criticism, Trump delivered a statement at the White House that explicitly called out racist groups.

“Racism is evil. And those who cause violence in its name are criminals and thugs, including the KKK, neo-Nazis, white supremacists, and other hate groups that are repugnant to everything we hold dear as Americans,” Trump said.

But, that walk back did not last long.

The next day during an infrastructure event at Trump Tower, Trump held an impromptu press conference where he seemed to double down on his original comment. He said there was blame on both sides and seemed to equate the actions of the counter protesters with those of the white nationalists.

“You had some very bad people in that group, but you also had people that were very fine people, on both sides,” Trump said.

Many Americans (and historians) seem to forget what Abraham Lincoln said about both sides in the Civil War (where many more people died than in Charlottesville’s parade and protest):

Neither party expected for the war the magnitude or the duration which it has already attained. Neither anticipated that the cause of the conflict might cease with or even before the conflict itself should cease. Each looked for an easier triumph, and a result less fundamental and astounding. Both read the same Bible and pray to the same God, and each invokes His aid against the other. It may seem strange that any men should dare to ask a just God’s assistance in wringing their bread from the sweat of other men’s faces, but let us judge not, that we be not judged. The prayers of both could not be answered. That of neither has been answered fully. The Almighty has His own purposes.

Notice that Lincoln said that the South, the party to secede, the ones defending slavery, the white supremacists, read the Bible and prayed. He seemed to be saying not that they were evil but Christian. Lincoln also avoided judging the South — “let us judge not, that we be not judged.”

I wonder if anyone would let Lincoln off the hook if he uttered those words about those who defend and oppose Confederate monuments. I know John Fea didn’t:

But when the President of the United States takes to the bully pulpit in response to the arrival of white supremacists in an American city and says that “all sides were to blame” he misses the point. 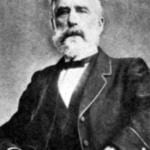 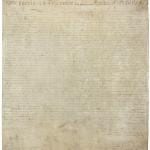 March 15, 2019 What Did Evangelicals Know and When Did They Know It?
Recent Comments
0 | Leave a Comment
Browse Our Archives
get the latest from
Putting the Protest in Protestant
Sign up for our newsletter
POPULAR AT PATHEOS Evangelical
1

Are Women Really That Helpless?
Preventing Grace
Related posts from Putting the Protest in Protestant