When I was in college, I studied film and took a few classes in film theory and criticism. It never stuck and so I went more into the production side of film. One of the subjects that put me off was semiotics — the study of signs and symbols along with the study of the interpretation of signs and symbols. Don’t get me wrong. I liked good lighting, composition, juxtaposition, and editing with many of my film majors. But looking for the meaning of a frame’s shadow in the shape of a cross from the mullions in the nearby window behind the heroine of a film is not as interesting as dialogue, characters, and plot devices. Not to mention a pretty face. Plus, the more I think about it and the more I understand about movie production — the kind of films that become available through mass distribution — the idea that any director or writer can control the potential signs and symbols of any movie is beyond belief.

Having said all that, the current polarized times, including that part of the liturgical calendar followed by some communions, invite many interlocutors on social media to employ the field of semiotics. Consider the help we might need in interpreting ashes on the forehead:

the sign of ashes is quite challenging if understand what it really means. We are saying some pretty powerful stuff and making some extensive promises of a sort.

What do ashes signify? …

Many female congressional Democrats dressed in white for President Trump’s state of the union address. The white supposedly symbolized female suffrage, or something. It looked like a form of protest.

In New Hampshire, a few male Republican state legislators who oppose gun control legislation wore pearls to a session of the House of Representatives in which citizens testified about their experiences with gun violence. Apparently, the pearls were meant to convey that gun-control activists are “clutching their pearls.” (A pro-gun group claimed that the pearls merely symbolized opposition to gun control legislation and support for the Second Amendment, but it’s not clear why pearls symbolize these things, other than as a way of mocking gun-control supporters.

Interpreting these pearl’s meaning was particularly painful when the following came to light:

The Legislative Director of the Women’s Defense League of New Hampshire has informed me that the pearls worn by the legislators are the longstanding trademark of that organization, which is a volunteer group dedicated to firearms education and training for women, and Second Amendment advocacy before the New Hampshire legislature. Its legislative team wears a string of pearls and has handed out costume jewelry pearls at anti-gun bill hearings.

The claim that the pearls mocked anti-gun activists — as in “clutching their pearls” — appears to have been concocted by these activists as a way of making the pro-Second Amendment legislators look bad. It is basically a slander.

The lesson we all should be learning is that symbols and signs are not nearly as straightforward in communication as words.

But that lesson does not prevent some ordinary semioticians from knowing absolutely what a red MAGA cap means:

The fact that Sandmann and many of his fellow demonstrators were wearing that hat elevated the stakes of the situation from a reflection of the character of one school to a testament to the (im)morality of an entire political movement and cultural class. I saw a number of liberals compare the teen to Justice Brett Kavanaugh, another alum of a wealthy, all-boys Catholic school. Sandmann was described as a young Kavanaugh, both reflecting the power structures that (in the view of the people on the left) define and corrode modern American life.

. . . But on the whole, the core commentary that you heard from left-liberal social media was ideological rather than personal. The incident served as a kind of perfect morality play for people on the left: MAGA hat-wearing wealthy young kids versus dignified Native elder.

The hats extinguished pretty much any benefit of the doubt a liberal observer might have given these kids. Without them, it’s possible many would have dismissed the incident as one of many examples of privileged boys behaving badly. But wearing them, Sandmann and his classmates become a personification of All That Is Wrong With America, proof positive that Trump has ushered in a new dark age in the country. For that reason, the clip was destined to go viral on the left, with Sandmann personally becoming the villain of the hour.

What this incident indicates is that the certainty of a sign’s interpretation correlates to the depth of the semiotician’s ideology. Those with a definite political perspective have great confidence about a sign’s meaning. Others with less ideological baggage find signs to be capable of multiple interpretations.

The Protestant point behind all this is again the logocentric one. As hard as words — especially God’s word — can be to interpret, they are far easier to weigh and assess than objects or markings. What the times need may be more grammatico-historical exegesis and less semiotics. 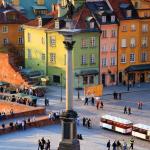 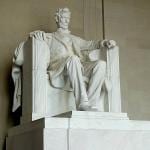 March 11, 2019 Moral Equivocation with Trump and Lincoln
Recent Comments
0 | Leave a Comment
"https://www.theguardian.com...75% of Evangelicals voted for Trump in 2020."
OpticsGuy Remember When Evangelicals Refused to Support ..."
"This seems to be a non-sequitur argument."
Will McGarvey If the Separation of Church and ..."
"A Christians evidence is his/her belief that Christ Jesus is alive and watching over all ..."
D.M.S. What if Christianity is Not Reasonable?
"No, not supposed to be reasonable. The "law" of gravity is supposed to be reasonable. ..."
bill wald What if Christianity is Not Reasonable?
Browse Our Archives
get the latest from
Putting the Protest in Protestant
Sign up for our newsletter
POPULAR AT PATHEOS Evangelical
1

A Model for Church Discipline
Roger E. Olson
Related posts from Putting the Protest in Protestant