Fundamentalism is a Physical Condition (and so not a choice?)

There’s hope for fundamentalists to gain acceptance in the wider society. It turns out fundamentalism is a physical condition. Maybe not genetic but still something that cannot be helped:

These findings are important because they suggest that impaired functioning in the prefrontal cortex—whether from brain trauma, a psychological disorder, a drug or alcohol addiction, or simply a particular genetic profile—can make an individual susceptible to religious fundamentalism. And perhaps in other cases, extreme religious indoctrination harms the development or proper functioning of the prefrontal regions in a way that hinders cognitive flexibility and openness.

The authors emphasize that cognitive flexibility and openness aren’t the only things that make brains vulnerable to religious fundamentalism. In fact, their analyses showed that these factors only accounted for a fifth of the variation in fundamentalism scores. Uncovering those additional causes, which could be anything from genetic predispositions to social influences, is a future research project that the researchers believe will occupy investigators for many decades to come, given how complex and widespread religious fundamentalism is and will likely continue to be for some time.

By investigating the cognitive and neural underpinnings of religious fundamentalism, we can better understand how the phenomenon is represented in the connectivity of the brain, which could allow us to someday inoculate against rigid or radical belief systems through various kinds of mental and cognitive exercises.

These results show that fundamentalists need compassion. If it is wrong to make jokes about or ridicule people with mental defects, it should also be wrong to show open contempt for or mock fundamentalists. They need help and sympathy.

It also means that fundamentalists may need special protections under legislation designed to protect people with physical challenges. For that reason, the Equality Act should be revised to read as follows:

This bill prohibits discrimination based on sex, sexual orientation, damaged ventromedial prefrontal cortex and gender identity in areas including public accommodations and facilities, education, federal funding, employment, housing, credit, and the jury system. Specifically, the bill defines and includes sex, sexual orientation, and gender identity among the prohibited categories of discrimination or segregation. 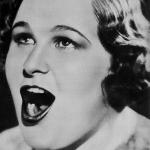 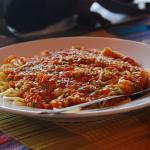 May 1, 2019 All of Me or Hyphenated Me
Recent Comments
0 | Leave a Comment
Browse Our Archives
Follow Us!