The gospel allies ran a successful conference, according to some observers:

1. The Gospel Coalition has to be one of the most striking examples of the Lord’s care for his church in our generation. When leaders are asked about the state of the church today, the immediate reaction is often hand-wringing and lament. But TGC represents a wave of blessing and health and vitality and spiritual hunger and theological fidelity and evangelism fostering that is a big reason for celebration. . . .

4. Really appreciated Matt Boswell’s leadership of the singing. That was one of my favorite things about the event. Don Carson on John 11 was rich indeed. Tim Keller on the new birth: typically insightful. Paul Tripp on suffering: deep wisdom. The best thing I heard all week was my dad’s talk ‘Pastor, Your Church Can Become Healthy Again.’ I wish everyone at the conference could have heard it. Searching, deepening, eye-opening, emboldening.

The problem though is that evangelicals who feature social justice in their understanding of Christianity may think The Gospel Coalition is insufficiently #woke:

[Gary] Haugen pinpointed the world of conservative philanthropy, which intersects closely with nonprofit and aid work. The tension, he intimated, is between a money sector in evangelicalism dominated by wealthy individuals who skew older and much more conservative in their politics, and an activist sector that is younger and far more progressive in its worldview.

The Gospel Coalition includes evangelical theologians and pastors such as Tim Keller, D.A. Carson, Russell Moore, Al Mohler, and John Piper. They have a long way to go before someone would call their constituency “social justice warriors,” but they are making efforts, particularly as it relates to racial reconciliation.

Here are few examples how this debate is playing out:

In a recent blog post, a MacArthur follower from an organization called Sovereign Nations argues that the Gospel Coalition is drifting towards identity politics by replacing the central message of the Gospel (salvation through Christ) with social justice.

In other words, The Gospel Coalition may fall under the judgment of social justice evangelicals if they don’t support writers like Tisby and Fea (who has written a critical assessment of evangelicals for voting for Donald Trump).

But then, politically conservative Protestants judge figures in the Gospel Coalition to be insufficiently opposed to political liberalism:

political visions are not neutral. They communicate fundamental values and commitments, and Christians should be taught to evaluate these visions. Keller is a very smart person who specializes in pre-suppositional apologetics, so no doubt he has thought of this point. When it comes to politics he stays above the fray, which may be an advisable position given his context in Manhattan.

Rod Dreher, senior editor at the American Conservative and author of the popular The Benedict Option, is dispositionally the opposite of the moderate Keller. He is effusive and personal and in many ways more incisive and insightful when it comes to politics and our deep cultural divides. Dreher is a cultural commentator and Keller is a pastor, so many the comparison is not fair. Still, there is an honesty and bluntness that the even-keeled Presbyterian, when it comes to these hot-button issues, shies away from.

What Dreher does so effectively, if at times a bit histrionically, is explain the underlying logic of various political and cultural events. Whether it be transgender or other issues, Dreher is clear-eyed about what he is up against.

It’s important to point out that ideology is not everything. Ideology informs behavior but often we hold many ideas that don’t necessarily sit well together, or at least are in some tension.

The downside of Keller’s more moderate position is that moderation itself has its limits. Thomas Jefferson dictum: “everything in moderation, including moderation” remains true today. MLK was not a moderate. Winston Churchill was sounding the alarm on Hitler long before any other British politicians were, and for that he was often ridiculed. What these great visionary leaders embody is a willingness to make judgments, often very unpopular ones.

The takeaway seems to be that The Gospel Coalition, when it plays it straight, avoids politics and promotes Bible study, theology, and piety. And yet, their members want to be relevant and sometimes say and write things about politics. Those positions, in turn, do not satisfy evangelicals either on the right or the left politically.

Since Jesus said his kingdom was not of this world, I’m not sure what’s wrong with being apolitical. 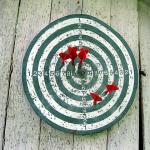 April 3, 2019
Calvinists: The Worst of White People
Next Post 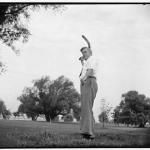 April 9, 2019 New Strategy in Race Relations is Old (thanks to Ben Franklin)
Recent Comments
0 | Leave a Comment
Browse Our Archives
Follow Us!