Just when Sohrab Ahmari’s take down of David French-ism has almost expired, Jared Wilson decides to trot out the old canard that Calvinists are mean. This is a meme that the leaders of and writers for The Gospel Coalition (also known as Big Green Letters) have used many times to distinguish themselves from Reformed Protestants who are more particular about Reformed ministry and church life than the assemblage of Baptists and Presbyterians who really really like Jonathan Edwards. On the one hand, Wilson and his colleagues want to be more Calvinistic on matters of salvation than the big tent evangelicalism that has outlets at places like Trinity Evangelical Divinity School, Wheaton College, and Christianity Today. On the other hand, Wilson doesn’t want to be associated with those Calvinists who are critical of Baptists (for not baptizing babies, for instance) and insist that God ordained the church (word, sacrament, and discipline), not the parachurch (websites, book publisher, celebrity), to save his people. So, apparently, to carve out the niche for Nice Calvinism, Wilson needs to distinguish himself from “the other kind.” In which case, we have mean and nice Calvinisms, and everyone prefers nice to mean.

The odd aspect of Wilson’s argument (aside from not being obviously nice) is to engage in that kind of fear and prejudice (against mean Calvinists) that Thabiti Anyabwile says is the basis for racism:

racism—fear, prejudice, partiality, hatred, favoritism, and so on

Wilson himself plays upon fears of mean people, plays up a prejudicial stereotype of Calvinism, and doesn’t necessarily show charity for his adversaries in the world of Calvinism.

What about Anyabwile’s notion that racism displays favoritism?

Consider that at a time when a number of voices in the evangelical and Reformedish world are throwing around notions of white supremacy, Christian nationalism, and white privilege, Wilson decides to go after mean Calvinists without ever identifying who they are. This is especially curious since one of the attributes of mean Calvinism is conceptually similar to social justice evangelicalism:

The doctrines of grace serve for so many as a kind of “special knowledge” of the Scriptures that others don’t have – or at least, that the Calvinist didn’t have before he was a Calvinist. Now truth has been unlocked. He sees something others don’t. He’s been enlightened. He understands more deeply. And those who’ve come to Calvinism from ignorance of it or even opposition to it, begin to see how much sense it makes of so much Scripture. It’s like putting corrective lenses on for the first time.

Unfortunately, having this experience can be a huge temptation to pride, where the one now enlightened sees other Christians as un-enlightened. And that’s just a tiny half-step to seeing them as not as spiritual as us or not as serious about their faith as us. The “gnosis” of Calvinism leads to a behavioral heresy of arrogance and partiality.

You could not find a better description of the great awokening that has happened among those evangelicals who see injustice, white privilege, oppression by elites, and systemic racism everywhere (which is sort of redundant since systems are generally all encompassing).

But does Wilson decide to use his intellectual skills on the social justice Christians who have gained much attention since the election of Donald Trump? No. He decides the day after the seventy-fifth anniversary of D-Day to recite a part of the The Gospel Coalition’s catechism:

Q. Who are the good Calvinists? 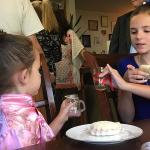 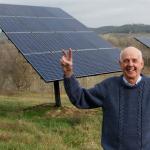 June 13, 2019 You Don't Need to be Roman Catholic To Have a Theology of the Body
Recent Comments
0 | Leave a Comment
Browse Our Archives
get the latest updates from
Putting the Protest in Protestant
and the Patheos
Evangelical
Channel
POPULAR AT PATHEOS Evangelical
1