Not “Who’s an Evangelical” but “Who’s a Presbyterian”

This is a follow-up to the previous post about the Presbyterian Church in America leaving the National Association of Evangelicals. It is an excuse to include an excerpt from Recovering Mother Kirk, a collection of essays about Presbyterian identity and the ways it is distinct from evangelical Protestantism.

In other words, the PCA leaving the NAE on religious as opposed to political grounds makes perfect sense:

“But are Presbyterians evangelical?” That was the question that kept coming back to me during breaks at a conference at a prominent Presbyterian church where I was speaking on the Holy Spirit in Reformed theology. The emphasis in my talks over the course of the weekend was that American evangelicalism had so dominated Protestant understandings of the Spirit that most evangelicals wondered whether Calvinists actually believed in the third person of the Trinity. I noted how the Reformed tradition has usually had a different notion, for instance, of conversion and sanctification. And because of this difference between Reformed teaching and evangelicalism, Calvinists have gained a reputation opposite those Christians known for being Spirit-filled. My task, accordingly, was to try to correct these misunderstandings, show that the Reformed tradition has taught a lot about the importance of the Holy Spirit’s ministry, and suggest that evangelical notions about being Spirit-filled might need revision. But during breaks over coffee, and over meals in fellowship hall, these Presbyterians wanted to know if they were evangelical. And my way of dodging the question was to say that there would be time for questions and answers during the last session and that I would try to give a definitive response then.

…The question and answer session on the final day of the conference began on a good note. Because I had spent some time talking about Pentecostalism, the charismatic movement and speaking in tongues, a form of piety foreign to these Presbyterians, most of the questions centered on trying to understand better what the Bible meant when it talks about the gifts of the Spirit. Although this taxed my knowledge of Pentecostalism, it was better than having to answer the $64,000 question, the one, to mix metaphors, where I would have to put my cards on the table. Finally, however, the moment came. A man on the pastoral staff stood up and asked if Presbyterians are evangelical.

… Rather than answering the question, I did what most academics do in difficult situations — I tried to rephrase the question. So I responded that the better question to ask may be “are evangelicals Presbyterian?” At least this way of inquiring into the relationship between evangelicalism and Presbyterianism would not assume that evangelicalism is the norm for evaluating all forms of Protestantism, as if it is the purest or most biblical expression of Christianity. This question, I also explained, yielded a different answer from the one asking of Presbyterians whether they were evangelical. It might be obvious that certain Presbyterians are evangelical. But no one would expect evangelicals to be Presbyterian, for instance, to believe in limited atonement, baptize babies, or memorize the Westminster Shorter Catechism. And the reason for offering a different perspective on the relationship between evangelicalism and Presbyterianism was precisely the point of my talks. However it had happened, the common expectation in Presbyterian circles was for the heirs of John Knox and John Calvin to adopt the ways of evangelicalism so that Presbyterians would be indistinguishable from the likes of Billy Graham, Charles Colson or James Dobson. But ironically, Presbyterians would never think of expecting evangelical institutions such as Christianity Today or Promise Keepers to advocate Presbyterian beliefs and practices. This situation not only seemed unfair — sort of like expecting immigrants to the United States to give up their culture for the English language, fast food, and popular sovereignty — but, I argued, it was odd for Presbyterians, proud of their theological heritage, to settle for non-Presbyterians dictating what was most important about the Christian religion.

Since that weekend conference I have become convinced that in order to understand the relationship between the Christian faith and its practices the question, “are evangelicals Presbyterian?”, yields more insight than the query, “are Presbyterians evangelical?” Other questions would work just as well, for instance, “are evangelicals Lutheran?”or “are evangelicals Episcopalian?” And the reason is that evangelicalism presumes a simple set of theological boundaries, mostly preserving the deity and supernatural redemptive work of Christ in history and the human soul, coupled with a set of religious practices that are virtually independent of the church as a worshiping communion. To spot an evangelical one only need look for someone who carries a Bible (often in some sort of canvas or vinyl cover), leaves tracts, wears some expression of devotion such as a WWJD bracelet or t-shirt, witnesses to neighbors and strangers, refrains from cursing, and avoids such delights as tobacco and alcohol (though this is changing). In contrast, Presbyterians (along with other churchly forms of Protestants) possesses a lengthy creedal statement of Christianity, and this understanding of the faith is nurtured through a distinctive form of public worship, relies upon the ministry of clergy who preach and administer the sacraments, reinforced s through a system of church government, and expects Presbyterian families to engage in family worship and catechesis that buttress the ministry of the church. To be sure, this contrast may border on caricature. But it does point out the problems of asking whether Presbyterians are evangelical. If asking Presbyterians to be evangelical commits Presbyterian adherents to religious practices at odds with or different from the Reformed faith’s churchly piety, then being an evangelical may actually be a curse rather than a blessing. The reason is that Presbyterians intent on being evangelical may end up abandoning the very practices that have been crucial not simply to marking Reformed Christians but also that embody the convictions of Reformed theology.

Of course, devout Presbyterians who delight in thinking of themselves as evangelical have generally not thought through the relationship between theology and practice. All they usually mean by being evangelical is something as valuable as taking Christian commitment and the Bible seriously. The habit of asking Presbyterians to be evangelical is not designed to ignore such matters as Sabbath observance, public worship, or memorization of the catechism. And yet, the evangelical stress on conversion and believing in the Bible has obscured the range of practices that various Christian communions not only believe the Bible to require but also that fortify believers in their pilgrimage. It would be wrong to say that evangelicalism emphasizes faith while other forms of Protestantism stress practice, since evangelicalism has its own distinctive set of practices that flow quite naturally from its conversionist understanding of the Christianity. But it would not be unfair to say that the contrast between evangelicalism and, in this case, Presbyterianism is one between practices geared toward the freedom and creativity of the laity to express their devotion as they see fit and practices oriented toward the corporate church through its ministry of word, sacrament and discipline.

Although he is neither a Presbyterian nor an evangelical, the Duke Divinity School ethicist, Stanley Hauerwas, self-described as a high church Mennonite, has written insightfully about the relationship between faith and practice and the importance of embodying one’s religious convictions in visible and formal exercises. His basic point is that Protestantism, whether in evangelical or liberal versions, has become an abstraction, something that is disconnected from the communal life of the church, defined as a worshiping community. In other words, Hauerwas argues that doctrine, something dear to Reformed Christians, cannot be isolated from the practices of the church. He raises the stakes as well by asserting that the faith of Christians does not achieve genuine significance until it is embodied in the ways and patterns of participating in the life of the church. “What makes Christians Christian,” Hauerwas writes, “is our worship of God.” “Of course,” he adds, “the praise of God cannot be limited to ‘liturgy,’ but it is nonetheless the case that Christians learn how to be praiseworthy people through worship.” An evangelical rendering of Hauerwas’s point might involve the idea that the way Christians show their regeneration is by saving other souls. But this interpretation misses Hauerwas’s argument about the body of Christ as a worshiping community and the unique responsibilities given to those who minister word and sacrament. Identifying worship as the central and essential task of the church, Hauerwas observes, “counters some of the unclarity surrounding” ordination and embodies the presumption “that there is literally nothing more important for the Christian people to do than praise God.”

Reformed Christians may need to learn about the importance of the church and worship from a post-liberal Methodist ethicist because they have for so long thought of themselves as evangelical first and Presbyerian second. What is particularly clear is that Presbyterians who take their tradition seriously need to be reminded about the churchly and liturgical character of the practices that make good Presbyterians. Here it may be interesting to remember the answer to Question 85 of the Westminster Shorter Catechism which reads: “What does God require of us to escape his wrath and curse?” Aside from showing Calvinism’s gruffer side with the language of God’s righteous retribution for sin, the answer is revealing for what it says about the relationship between faith and practice. The response states: “To escape the wrath and curse due to us for sin God requires of us faith in Jesus Christ, repentance unto life, and the diligent use of the outward and ordinary means whereby Christ communicates to us the benefits of redemption.” Most evangelicals and conservative Presbyterians are on fairly familiar terms with the first two parts of that answer, namely, faith and repentance…. But this answer’s addition of diligently attending the means of grace is a notion foreign to many Presbyterians under the evangelical influence. And so when the Shorter Catechism goes on to explain that the “outward and ordinary means” are word, sacrament and prayer, some proponents of the Reformed faith are caught off guard because they have so emphasized either conversion or doctrine that they have abstracted the Christian religion from the Christian practices the mark the body of Christ. Yet, if the Westminster Divines have anything to say about the Christian life, participating in the churchly practices of the word preached, the sacraments administered and corporate prayer is as necessary to a credible profession of faith as are trust in Christ and repentance from sin. (Afterword) 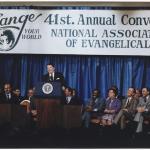 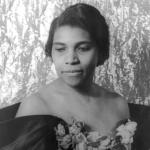 July 2, 2019 That Feeling when Academic Historians Get Ordained to the Ministry
Recent Comments
0 | Leave a Comment
Browse Our Archives
Follow Us!