What Should Evangelicals Say about Independence for California (I mean Catalonia)?

And now for something completely different, evangelicals in Spain are not in the habit of taking political stands or pursuing social justice, at least as indicated by stories about reactions to the Spanish Supreme Court’s sentencing of Catalan officials who called for a referendum in 2017 (for Protestant supporters of Catalan independence, this Sunday is not only Reformation Sunday, but Catalan Independence Day).

Here‘s a little background from the Brits who still cover the world as if the British Empire were still thriving:

Catalonia is a semi-autonomous region in north-east Spain with a distinct history dating back almost 1,000 years.

The wealthy region has about 7.5 million people, with their own language, parliament, flag and anthem.

Catalonia also has its own police force and controls some of its public services.

Catalan nationalists have long complained that their region sends too much money to poorer parts of Spain, as taxes are controlled by Madrid.

They also say Spain’s changes to their autonomous status in 2010 undermined Catalan identity.

In a referendum on 1 October 2017, declared illegal by Spain’s Constitutional Court, about 90% of Catalan voters backed independence. But turnout was only 43%.

There were clashes when Spanish national police tried to prevent people voting.

The ruling separatists in the Catalan parliament then declared independence on 27 October.

Angered by that, Madrid imposed direct rule by invoking Article 155 of the constitution – a first for Spain.

With Spain’s Supreme Court’s ruling that the nine Catalan officials are going to prison for terms of 9 to 13 years, evangelicals in the region are finding their voice:

One of the first evangelical voices to speak out this week has been the Secretary General of the Catalan Evangelical Council, a legal representative of evangelical churches in the region. Monday, the day the ruling was announced, was “a sad day, a day to cry”, Guillem Correa said in a written statement.

“Many have sad hearts”. The evangelical body based in Barcelona will “not make any political assessment”, but “what we have to say as the church of Jesus Christ to all who feel sorrow, all those who cry, is that we want to cry with your tears”, Correa said. “The word of God is clear and concise: ‘weep with those who weep’”, he added.

“As evangelical Christians, it is important that we have a political thinking that comes from an alternative worldview, one that is different from the rest of society and that is rooted in Scripture”, says Jaume Llenas, church planter, Coordinator of the Graduate Bible Groups (GBG, in Spanish) and former Secretary General of the Spanish Evangelical Alliance.

That raises several arresting questions. One is whether the Bible actually has anything to say about political independence. Of course, lots of Christians in the U.S., Protestant and Roman Catholic, think that the American Founding was Christian in some sense and so not in conflict with Scriptural teaching, Romans 13 notwithstanding. Should Catalans be brushing up on political independence with selections from John Witherspoon and Patrick Henry?

That set of calculations may also be useful for evangelicals in the United States who these days, depending on how they regard Donald Trump, sound a lot like the Washington Post or Rush Limbaugh.

What may sound really different is silence, in the name of Christ anyway. 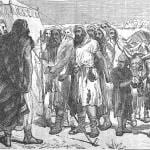 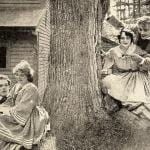 Guac Sermon Podcast and Links
Hope you're all praying for our lovely cat who is so old....
view all Evangelical blogs
What Are Your Thoughts?leave a comment
Copyright 2008-2020, Patheos. All rights reserved.