Why Do Southern Baptists Care about Sideline Presbyterians?

Something odd happened on social media. Beth Moore tweeted this:

When you fundamentalists run off all the conservative Jesus-loving, Scripture-believing, church-serving conservatives, y’all have fun with what you’ve got left.

Apparently, she did not realize that she was channeling another Baptist, one from yesteryear. Harry Emerson Fosdick, a prominent modernist, preached something similar in his famous sermon, “Shall the Fundamentalists Win?”

In the evangelical churches today there are differing views of this matter. One view is that Christ is literally coming, externally, on the clouds of heaven, to set up His kingdom here. I never heard that teaching in my youth at all. It has always had a new resurrection when desperate circumstances came and man’s only hope seemed to lie in divine intervention. It is not strange, then, that during these chaotic, catastrophic years there has been a fresh rebirth of this old phrasing of expectancy. “Christ is coming!” seems to many Christians the central message of the Gospel. In the strength of it some of them are doing great service for the world. But, unhappily, many so overemphasize it that they outdo anything the ancient Hebrews or the ancient Christians ever did. They sit still and do nothing and expect the world to grow worse and worse until He comes.

Side by side with these to whom the second coming is a literal expectation, another group exists in the evangelical churches. They, too, say, “Christ is coming!” They say it with all their hearts; but they are not thinking of an external arrival on the clouds. They have assimilated as part of the divine revelation the exhilarating insight which these recent generations have given to us, that development is God’s way of working out His will. . . .

And these Christians, when they say that Christ is coming, mean that, slowly it may be, but surely, His will and principles will be worked out by God’s grace in human life and institutions, until “He shall see of the travail of His soul and shall be satisfied.”

These two groups exist in the Christian churches and the question raised by the Fundamentalists is—Shall one of them drive the other out? Will that get us anywhere? Multitudes of young men and women at this season of the year are graduating from our schools of learning, thousands of them Christians who may make us older ones ashamed by the sincerity of their devotion to God’s will on earth. They are not thinking in ancient terms that leave ideas of progress out. They cannot think in those terms. There could be no greater tragedy than that the Fundamentalists should shut the door of the Christian fellowship against such.

I do not believe for one moment that the Fundamentalists are going to succeed. Nobody’s intolerance can contribute anything to the solution of the situation which we have described.

Notice, Fosdick thought he was an evangelical, a point that recent books on evangelicalism have not factored.

Notice also, that Fosdick, like Moore, thought fundamentalism was a threat to the church.

I don’t expect Moore to have studied the history of twentieth-century Protestantism. If she had, she might have modified what she tweeted. But it is a recurring dynamic in Protestant denominations that the word used to describe critics of a church’s moderate middle is “fundamentalist.” It is an epithet, probably not something that Moore would use to describe social justice Protestants who are literally criticizing the moderate establishment of most Protestant institutions.

Then came Ed Stetzer to support Moore (and possibly to increase his followers — Ed has roughly 250k compared to Moore’s 930k). He did not refer to Fosdick but he did invoke another figure from the 1920s, J. Gresham Machen. With his tweet he included this excerpt from one of his articles:

Yep. I wrote about it in my chapter on the SBC back in a 2009 book, Southern Baptist Identity. Ten years later, some of the names have changed, but the cannibalizing impulse remains. pic.twitter.com/0nLWShvoBy

This was an odd reaction if only because Beth Moore likely knows little about Machen and the Presbyterian controversies of the 1920s, and even less about the apologetics professor, John Frame, who wrote the piece, “Machen’s Warrior Children,” that Stetzer quoted in his 2009 essay. I also doubt that many of the readers of that essay, which was a chapter from a book on evangelicals and Southern Baptists, would know much about Frame’s criticisms of the conservative Presbyterians for being too nit-picky about doctrine and church politics. The tiny size of the Presbyterian Church in America (300k) and the OPC (30k) make those communions gnats compared to the SBC (15 million).

So why would Ed Stetzer in 2009 decide to use an obscure conservative Presbyterian reference for Southern Baptists? And why was he persuaded it was so good that it would gain Beth Moore’s attention and respect?

Could it be the problem that Jamie Smith identified in this twitter thread?

There is now an entire industry of writers who leverage their insider experiences of evangelicalism/Catholicism/Mormonism, etc to confirm the biases of secularist, anti-religious elites.

This is my least favorite religious writers market & I’m trying to figure out why.

I’m thinking of writers who, if you ask, are still religious, maybe even still embedded in these communities, but their essays & op-eds are all written for non-religious readers who disdain the same people they do. “You’re so right,” these writers purr, “and let me tell you why!”

What if the same point applies to Protestants who write for the consumption of other Protestants, not in their own network or denomination, but to show those other Christians that the author is not like the odd people in his or her or their denomination.  In other words, what if Christians themselves use other believers as whipping boys (cis-gender, I suppose) to demonstrate their own value, perspective, and agreement with, say, those other Christians who have four times as many followers on Twitter? 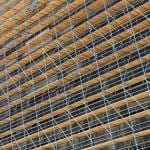 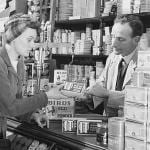 November 28, 2019 At Least Thanksgiving is not a Partisan Issue (the way it was with the New Deal)
Recent Comments
0 | Leave a Comment
Browse Our Archives
Follow Us!