The incarnation technically started inside the womb of the Virgin Mary. Indeed, God veiled in human flesh happened well before the nativity scene in Bethlehem. So if you want to celebrate the incarnation — which many people are doing (not the Milwaukee Bucks or Philadelphia Seventy-Sixers) this day — you may want to look for a holy day somewhere in late March, to mark the nine months that Jesus likely spent in the womb. Unfortunately, that would mean celebrations of the incarnation would compete with the NCAA’s March Madness (the NBA gets around this by simply scheduling two games for Christmas Day, background noise perhaps between ham or turkey and pie).

Rome is no help here. It does have a holy day for the Immaculate Conception of Mary. Why not one for the equally immaculate conception of Jesus? At least the Bible records pre-birth and delivery narratives for Jesus. It says nothing about Mary’s conception of delivery.

Rome also has a holy day for the Annunciation, the day when Mary learned what God had in store:

26 In the sixth month the angel Gabriel was sent from God to a city of Galilee named Nazareth, 27 to a virgin betrothed to a man whose name was Joseph, of the house of David. And the virgin’s name was Mary. 28 And he came to her and said, “Greetings, O favored one, the Lord is with you!” 29 But she was greatly troubled at the saying, and tried to discern what sort of greeting this might be. 30 And the angel said to her, “Do not be afraid, Mary, for you have found favor with God. 31 And behold, you will conceive in your womb and bear a son, and you shall call his name Jesus. 32 He will be great and will be called the Son of the Most High. And the Lord God will give to him the throne of his father David, 33 and he will reign over the house of Jacob forever, and of his kingdom there will be no end.”

35 And the angel answered her, “The Holy Spirit will come upon you, and the power of the Most High will overshadow you; therefore the child to be born will be called holy—the Son of God. 36 And behold, your relative Elizabeth in her old age has also conceived a son, and this is the sixth month with her who was called barren. 37 For nothing will be impossible with God.” 38 And Mary said, “Behold, I am the servant of the Lord; let it be to me according to your word.” And the angel departed from her. (Luke 1)

Roman Catholics celebrate this day on March 25. You can see what they do there — December 25 minus 9 months equals March 25. But they call this the Annunciation of the Blessed Virgin Mary. They do not call it The Feast of the Immaculate Conception of Jesus. This is another of those data points where it seems for Romans Mary outshines Jesus.

Meanwhile, the Eastern Orthodox Churches also observe the Feast of the Annunciation and in Greece March 25 is both Annunciation Day and Greek Independence Day. For those fearful of Christian nationalism, beware.

For those who argue, quite plausibly, that the life inside a pregnant mother is not simply a fertilized set of cells, or merely an embryo or fetus, but is human, the life of Jesus before birth should matter, maybe even more than his delivery. Most pro-life Christians have little trouble understanding that before birth, the life Mary carried inside her was fully human; Trinitarians may also want to say the life inside Mary’s womb was fully God and fully man.

So why let the birth of Jesus dominate considerations and celebrations of the incarnation? To overestimate the birth’s significance, partly owing to the festivity of festivals that surround Christmas, is to play into pro-choicers’s hands. Something amazing happened when the Holy Ghost conceived Jesus in the womb of the virgin Mary. And as lowly as the circumstances of Jesus’ birth are and remain, even more lowly is the reality that Jesus was entirely dependent on all the biological systems that transpire to bring a fertilized egg to the point that he or she can be delivered and drink mother’s milk.

If Christians thought more about the lives of children inside mothers’ wombs that pro-lifers defend, they might insist on a feast day for the Immaculate Conception of the Lord and Savior Jesus Christ. 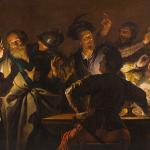 December 24, 2019
Would You Treat a Colleague This Way?
Next Post 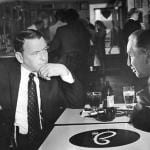 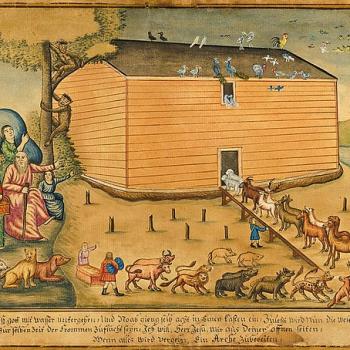 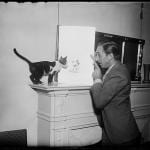