Pastors as Prophets to the Holy Nation

Why do pastors, Roman Catholic or Protestant, think they may legitimately pontificate — no pun intended — about society, nations, and government? I read a piece about origins of the Religious News Service and Reinhold Niebuhr’s contributions and this line stood out:

As an American, Reinhold Niebuhr offered his opinions on different aspects of the Truman’s presidency, such as the railroad strike of 1946, his controversial luxury tax, and his near defeat to Thomas Dewey in 1948. He wrote candidly about the United States’ responsibility as a world leader and criticized the State Department’s immigration policies, writing, “We are hardly opening the doors wide enough to meet our most minimal obligations to a needy world” [February 22, 1947]. He also condemned the legalized system of segregation, going as far as comparing it to the apartheid state in South Africa.

Practically everyone who knows about Niebuhr and his time takes for granted that a pastor with no more than a Masters degree was fit to comment on most of the important topics of politics and social life. But he had no expertise in political science or theory, or any of the other subjects that inform commentary on public life. Niebuhr may have had a little more learning than a journalist. But his ideas were simply his and had no weight behind them beyond either his own intelligence or the gravitas that comes with being widely recognized (read fame). If people worry now about distrust of experts in the public health business, they may also worry about pastors who think they have a license to say what is best for voters, politicians, or public policy, and how do so with a “thus saith the Lord” for oomph.

But the point here has less to do with expertise than it does with another factor that made Niebuhr possible — namely, a Western Christian notion that bishops (Roman Catholic, and especially the pope) and pastors are public figures. In western countries where established churches exist, or in the case of the papacy and its long history of butting into European politics, pastors thinking of themselves as the religiously informed voice of public policy may make sense. But in the United States it does not. America does not have an established church. Perhaps more important, the training for pastors and priests, not to mention the hurdles necessary to clear for ordination and advancement, do not prepare clergy to think or opine about public life.

But they do. Some of this may be the product of thinking all truth is God’s truth, and with pastors and priests closer to the things of God than others, they have a better access to a true understanding of society and government. Some of it is a carry over from civil religion in which pastors conceive of political and social affairs in religious or divinely-revealed moral categories. Some of its also the carry over of religious nationalism. Pastors may not be so naive by 2020 as they were in 1955 to believe that America is really “one nation under God,” with this nation having a singular and salvific role to play in world affairs. But even if more sober, the expectation, like it was for Niebuhr, is that pastors have something to say beyond the opinions of a mere citizen because religion is simply necessary and vital to any good society or government. Of course, the Founders thought a religious people was necessary for a republic, but they did not think that church or their officers were sufficiently important to contemplate a national church, or a branch of government with clergy as advisers.

Instead of public officials with religious responsibilities like in a Christian country, pastors who feel compelled to speak about politics often use the word “prophetic” to justify their words and positions. In which case, pastors who don the prophetic mantle are at least implicitly conceiving of themselves as prophets in ancient Israel with divine-right duties to speak truth to power (and to people). The funny thing about such a self-conception is that it implies that the national and political problems a pastor or priest addresses are on a par with those of ancient Israel. These modern prophets may not think the United States is the New Israel the way Puritans did. But if you’re going to prophesy about a nation, you have already entered the world of holy nationalism. If the nation is not holy, why would people set apart (that is, holy) to conduct spiritual work think they have obligations to minister politics?

Christian nationalism of this kind is evident even when pastors think they are avoiding the sort of crass religious patriotism of a Jerry Falwell or James Dobson. It can surface when a pastor points out that political candidates should conform to Christian standards of morality. Or they may think that the church has a certain way of relating to various political constituencies and so pastors need to be careful not to alienate those voting blocs. Sometimes the outlook of speaking to a holy nation can take the form of calling for national repentance, in other words, applying ecclesiastical standards to the political realm. Pastors may also think they resemble Old Testament prophets when they try to justify matters of public policy with biblical grounds.

The way contemporary pastors yield to the temptation to address political matters may be different from Niebuhr’s civil religion. But it shares a similar estimate of the United States even if only implicitly:

In less than two centuries of our national life the ever more rapid currents of modern history have transformed the original Anglo-Saxon community with its millenarian visions into a multiracial and culturally diverse community embodying many of the vitalities of European culture. They have forced us to leave our original agrarian simplicity for technical complexity and industrial power. In every aspect of our national life we have been forced to re-enact in a specific drama the old pattern of humanity, for we have been driven from the garden of Eden and an angel with a flaming sword has barred our return. (A Nation So Conceived, 154)

The American story, according to this outlook, becomes another chapter in the history of redemption. Pastors who get paid to speak about salvation on Sunday chatter about the nation all through the week because the United States and redemption must go together in some way. If they do not harmonize, pastors have a duty to remind Americans of their nation’s place in the larger contest between heaven and hell.

This is not only bad American politics. It is bad theology. 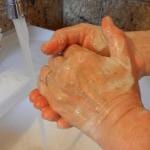 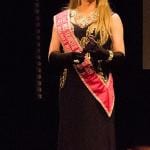 April 20, 2020 What if POTUS Were a Drag Queen?
Recent Comments
0 | Leave a Comment
"I can never keep myself from being annoyed by the disingenuousness of the "complementarian" label. ..."
NorrinRadd Are Complementarians America’s Taliban?
"All of the LGBTQ sexually are mentally ill ( have a depraved mind ). And ..."
D.M.S. Being Evangelical, Being Gay
"What did he contribute?"
Roger McKinney Is David French the Best Judge ..."
"That's because French was and is part of the "Cult of Bush.""
Johnny Davis Is David French the Best Judge ..."
Browse Our Archives
Related posts from Putting the Protest in Protestant