“Will I be infected by the virus?” is a question that guides most evangelical arguments about politics. The virus, is not COVID-19. For about three years running it has been TRUMP-16 and lots of evangelical critics of their peers’ hypocrisy in voting for the president were quick to avoid contamination.

Way back in 2017, Tim Keller in the New Yorker indicated that the 2016 virus was responsible for some evangelicals creating political distance between themselves and Trump supporters:

People who once called themselves the “Moral Majority” are now seemingly willing to vote for anyone, however immoral, who supports their political positions. The disgust has come to include people within the movement itself. Earlier this month, Peter Wehner, an Op-Ed writer for the Times who served in the last three Republican Administrations, wrote a widely circulated piece entitled “Why I Can No Longer Call Myself an Evangelical Republican.” Many younger believers and Christians of color, who had previously identified with evangelicalism, have also declared their abandonment of the label. “Evangelical” used to denote people who claimed the high moral ground; now, in popular usage, the word is nearly synonymous with “hypocrite.”

Notice the fear about what either being evangelical or voting for a particular candidates says about a someone. It’s like a test for the virus. But the motivation for this calculation is not outward for the sake of the nation, society, or neighborhood. The framework is “what does my political involvement say about me” or “what does it say about my sanctity?”

John Fea registers the same perspective in a piece written about the time that Governor Gretchen Whitmer was issuing an executive order to close non-essential businesses in Michigan:

I do not have any illusions about the world of politics. It is a corrupt sphere. It contains more darkness than light. But I do have high standards for Christians – men and women who, while sinners, are called to rise above this broken world through God’s grace and the power of the Holy Spirit. Christians don’t justify immorality by pointing out the sins and flaws of other people and say, “what about them?” The moral behavior of Christians in public is not dependent upon the conduct of others. Christians are called to live faithful lives according to the standards of God’s word as revealed in the scriptures. When we see sin at the highest levels of government, and we have a platform to do something about this kind of moral corruption, we condemn it.

It’s an odd position to claim that politics is a corrupt sphere and then talk about Christians needing to preserve their moral purity. It’s sort of like saying that a virus that is highly contagious is on the loose and we need to avoid infection by staying inside. But if you push too hard on that position, you might find yourself living with the Amish with no voice in American society. Evangelicals have never been able to abandon the world or to pine for its redemption and social improvement. So Fea has a strange idea that Christians are called to be engaged in a corrupt sphere — and yet preserve their purity. It does not seem to dawn on someone who holds this position that even the vaunted role of the prophet, of speaking truth to power, might actually have a trace or two of the virus. The reason is that politics is not the only corrupt sphere in a fallen world, but such corruption afflicts even the hearts of believers. So while some Christian may think they are following Old Testament prophets of old and speaking for the Lord, they may also be enhancing their brand and selling a few books. (Surely, Fea and Keller are not so naive to think that Christians never act out of mixed motives.)

Either way, political actors whose aim is to preserve their own sanctity, whether while holding office, voting for candidates, supporting advocacy groups, or tweeting, are not going to avoid infection. Actually, they can avoid the virus of politics’ corruption if they isolate, self-quarantine, dawn a mask, and wash their hands regularly. But if they want to treat the patients who suffer from the political virus, they will also have become infected. 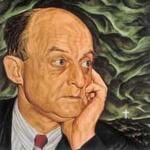 April 17, 2020 Pastors as Prophets to the Holy Nation
Recent Comments
0 | Leave a Comment
"I can never keep myself from being annoyed by the disingenuousness of the "complementarian" label. ..."
NorrinRadd Are Complementarians America’s Taliban?
"All of the LGBTQ sexually are mentally ill ( have a depraved mind ). And ..."
D.M.S. Being Evangelical, Being Gay
"What did he contribute?"
Roger McKinney Is David French the Best Judge ..."
"That's because French was and is part of the "Cult of Bush.""
Johnny Davis Is David French the Best Judge ..."
Browse Our Archives
Related posts from Putting the Protest in Protestant

Professions of Faith at Crusades: Good News or...
I confess I grow weary of some believers’ responses to good news,...
view all Evangelical blogs
What Are Your Thoughts?leave a comment