The White House is weighing a far broader and more comprehensive approach to curbing the nation’s gun violence than simply reinstating an expired ban on assault weapons and high-capacity ammunition, according to multiple people involved in the administration’s discussions.

A working group led by Vice President Biden is seriously considering measures backed by key law enforcement leaders that would require universal background checks for firearm buyers, track the movement and sale of weapons through a national database, strengthen mental health checks, and stiffen penalties for carrying guns near schools or giving them to minors, the sources said.

To sell such changes, the White House is developing strategies to work around the National Rifle Association that one source said could include rallying support from Wal-Mart and other gun retailers for measures that would benefit their businesses. White House aides have also been in regular contact with advisers to New York Mayor Michael R. Bloomberg (I), an outspoken gun-control advocate who could emerge as a powerful surrogate for the Obama administration’s agenda.

The Biden group, formed last month after the massacre at a Newtown, Conn., elementary school that killed 20 children and six adults, plans to submit a package of recommendations to President Obama this month. Once Obama’s proposals are set, he plans to lead a public-relations offensive to generate popular support.

“They are very clearly committed to looking at this issue comprehensively,” said Dan Gross, president of the Brady Campaign to Prevent Gun Violence, who has been involved in the discussions. The proposals under consideration, he added, are “a deeper exploration than just the assault-weapons ban.”

The gun-control push is just one part of an ambitious political agenda that Obama has pledged to pursue after his decisive reelection victory in November, including comprehensiveimmigration reform, climate-change legislation and long-term deficit reduction. Obama also faces a reshuffling of his Cabinet, and a looming debate over the nation’s debt ceiling that will compete for his time and attention in the coming months.

In addition to potential legislative proposals, Biden’s group has expanded its focus to include measures that would not need congressional approval and could be quickly implemented by executive action, according to interest-group leaders who have discussed options with Biden and key Cabinet secretaries. Possibilities include changes to federal mental-health programs and modernization of gun-tracking efforts by the Bureau of Alcohol, Tobacco, Firearms and Explosives. Read more here.) 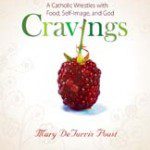 January 6, 2013
Less of Me: Feeding the Deeper Hungers
Next Post

January 6, 2013 Is Christ Real to You?
Browse Our Archives
Follow Us!

Is Orthodoxy Immune from Modernism and Dissent?
An Orthodox Christian wrote: "The Roman Catholic Church has changed a great...
view all Catholic blogs
Copyright 2008-2020, Patheos. All rights reserved.