Franks Weathers, who blogs at Why I am Catholic, posted some interesting news this morning.

There are signs that the Obama Administration is reading the court-ruling tea leaves and has decided to maybe, perhaps, accede on the HHS Mandate — at least to the point of living up to a few of the promises it made in the past.

After misrepresenting the HHS Mandate all the way through the 2012 campaign (“It protects ‘women’s health.'”) and steadfastly ignoring the promises that it made concerning the Mandate, the administration may be backing down just a bit.

As Frank Weathers notes, the probable reason for this move is that the administration has been losing in courts around the land precisely because of these very public promises it made and then failed to keep.
I’m a little chary of this. I expect that the White House will pump out a few “compromises” that are designed to offer as little relief as possible. Then, it will trumpet this action as having satisfied every problem with the HHS Mandate. I then expect the press and the Pavlovian Church haters to follow through by casting these minuscule changes as acts of great statesmanship and a total resolution of the problem.

The trouble I foresee is that the so-called compromises won’t resolve the problems with the HHS Mandate. They will not end the attack it represents to religious freedom. What these grand compromises will effect is to weaken the case of those who oppose the mandate without actually granting them relief.

Of course, I could be wrong. President Obama may actually back down. He might even  decide that attacking the First Amendment clause about the government not interferring with the free exercise of religion is a bridge too far, a legacy he doesn’t want.

The reason I’m cautious in my expectations is that I keep remembering that this president lied to Congressman Bart Stupak and other pro life Democratic Congressmen when he told them that the Affordable Health Care Act would not interfere with freedom of conscience and freedom of religion. Our president is a good gamesman. He plays the public and the press like a harmonica. But he also has a track record on this very issue of promising much and then delivering the opposite of what he promised.

I’m waiting to see what he says he’s going to do. Then, I’ll wait again and see what he actually does.

Frank Weathers has written a great analysis of the current moves by the White House which says in part:

Back in December, I shared thoughts that perhaps the Administration will scuttle this ridiculous rule out of embarrassment alone. I mean, the phony war on women trope worked well enough to secure reelection, but in reality, it isn’t holding up in the courts.

Most likely they won’t scuttle it, but heavily modify it instead. The courts clamping down on the Administration to produce their promised changes certainly puts the HHS under pressure to get this done. CNN has sources who say the modification is forthcoming.

To read more, go to The Administration Rolling Back the HHS Mandate? CNN Thinks Yes.

Also, Elizabeth Scalia has an excellent analysis of the President’s “compromise” here and Frank Weathers posted an update here.  It’s pretty much what I predicted, including the orchestrated hosannas from the press.

January 31, 2013
Will Legalizing Gay Marriage in Britain Result in Coercive Attacks on Freedom of Conscience?
Next Post 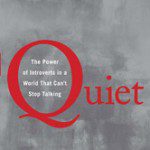 February 1, 2013 Book Review: The World Needs Quiet People, Too
Browse Our Archives
get the latest updates from
Public Catholic
and the Patheos
Catholic
Channel
POPULAR AT PATHEOS Catholic
1

Another Word on the Tragedy of...
Steel Magnificat
Related posts from Public Catholic