Dawkins: Mock Them. Ridicule Them. In Public. With Contempt.

I am tempted to say that Dr Richard Dawkins is the Westboro Baptist Church of the atheists.

The reason? The only thing Dr Dawkins has in common with the much ballyhooed and massively exaggerated Westboro Baptist Church is that they both specialize in attacking the sensibilities of other people in order to gain fame for themselves. The similarities pretty much end there.

Dr Dawkins writes best-selling books that evidently convince a lot of people to pull their own pants down in public and waggle their beefy buns in other people’s faces. Dr Dawkins gives speeches that attract tens of thousands of cheering fellow haters.

Some them have gone on to write books and run popular blogs, spreading this hate like a virus. Dr Dawkins is, in a word, effective at spreading his call for verbal bashing and social discrimination.

Meanwhile the Westboro Baptist Church is a family-sized congregation of weirdos who go around the country demonstrating with homemade signs. They carefully pick the place to do their thing that will upset and offend the most people. They are universally dissed. People form human chains to defend their targets from the offense they give.

The Westboro Baptist Church, is, in a word, ineffective.

For these reasons, I cannot call Dr Dawkins the Westboro Baptist Church of atheism. In fact, I think I will avoid that kind of comparison altogether and let Dr Dawkins speak for himself in the video below.

The interesting portion of the video comes after Dr Dawkins’ predictable call for his audience to “mock them, ridicule them, in public … with contempt,” when they talk to Christians. That’s when Dr Ravi Zacharias responds to Dr Dawkins’ little diatribe.

There are people who come on this blog all the time with the intention of following their leader’s instructions. They get deleted.

Dr Dawkins begins his comment with the phrase, “Whenever I talk to religious people …”

My question is why would a religious person talk to Dr Dawkins? Why would anyone allow themselves to be interrogated in the manner he claims he engages in? What he describes is verbal abuse. It is hate speech. It is Christian bashing.

His call to “mock them, ridicule them, in public … with contempt” speaks far more specifically to the valueless ethos of his non-belief than it does anything else. It is also, as Ravi Zacharias points out, ridiculous.

I would suggest two things: Watch the video below to hear Ravi’s reaction. And do not allow yourself to be subjected to pointless verbal abuse by people who’ve drunk this particular form of vicious kool-aid. Delete them. Hang up on them. Walk away. If you are in a situation where you can’t do one of these things, try coming here and asking the rest of us for ideas. We are, after all, in this together.

July 31, 2013
From Me to Pope Francis: Remember the Ladies
Next Post 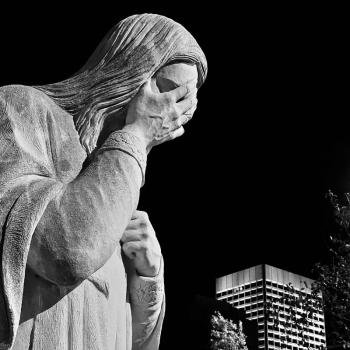 Catholic
What if it was You?
Public Catholic

Lucas Banzoli’s 205 "Petrine Potshots", Part II
Lucas Banzoli is a very active Protestant evangelical apologist in Brazil, who writes...
view all Catholic blogs
What Are Your Thoughts?leave a comment

62 responses to “Dawkins: Mock Them. Ridicule Them. In Public. With Contempt.”